The government of France relents by cutting taxes on fuel in lieu of the ongoing protests in France. But the 'Yellow Vests' are unsatisfied with the measure and continue to protest. 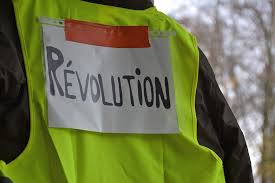 Depending on whom you ask, France is embroiled in its worst unrest in a decade or perhaps even 50 years. President Emmanuel Macron returned to France from the G20 summit on Sunday to find Paris burning, and protests in several other cities to boot. Here's a ready reckoner on the ongoing turmoil that has lakhs of French citizens taking to the streets.

The "Yellow Vests" protests are spreading across France, but the news coverage is paper thin about what is happening. The protests began on November 17th , when hundreds of thousands of people across France turned out to protest against fuel taxes that Macron imposed as part of a plan to reduce energy consumption and tackle climate change.

Who are the Yellow Vests?

The Yellow Vests movement originated in May when a woman named Priscillia Ludosky, who has an internet cosmetics business and lives in the suburbs southeast of Paris, launched a petition on social media calling for a drop in gas prices. She broke down the price of gas into its components, noting that taxes made up more than half the cost in France. Per liter, lead-free gas was 1.41 euros on Sunday, or about $6.00 per gallon.

The petition went mostly unnoticed until October, when Éric Drouet, a truck driver from the same area as Ms. Ludosky, ran across it and circulated it among his friends on Facebook. Newspapers began writing about the petition. The number of signatures on the petition skyrocketed from an initial 700 to 200,000. Today, it has more than 1.15 million signatures and counting.

Early on, people who agreed with the petition were encouraged to show their support by displaying the high-visibility yellow vest every driver in France must carry by law, in case of roadside trouble. Supporters were asked to place the vests on their dashboard or back shelf.

Those who participated were predominantly men and women who rely on their cars to get to work. In the mix were small-business owners, independent contractors, farmers, home aides, nurses and truck drivers. They live and work primarily in rural towns and in the suburbs or exurbs of France's big cities, many earning just enough to get by.

What do the protesters want?

With no clear structure or leadership, it is difficult to determine who represents or even spearheads the movement and, hence, the agenda is not clearly defined. While the demand for lower taxes and a better standard of living is pretty omnipresent, different factions of the Yellow Vests reportedly have different demands.

However, a group of 10 representatives recently wrote an opinion piece in a local newspaper, calling for negotiations with the government. Among their demands are an "immediate and unconditional freeze in the tax increase on fuel" as well as the cancellation of new and more rigorous vehicle inspection rules, which raise costs for drivers, the US daily reported.

They further asked to change the electoral system to one of proportional representation, which would benefit smaller parties, including those on the far left and far right. Yet other protestors are asking for the minimum wage to be hiked and for Macron to resign.

What's the damage caused by the unrest?

Paris is not the only city left burning by the Yellow Vests - protests reportedly erupted in several towns and cities across France, from Charleville Mezieres in the northeast to Marseille in the south.

The unrest that had been building in intensity over the past three weeks, however, peaked on Saturday with rioters running amok in the capital.

The protestors, many of them masked, torched over a 100 cars and at least 6 buildings, looted and damaged shops, and clashed with police that responded with stun grenades, tear gas and water cannons.

The recently-inaugurated flagship Apple Store on the Champs Elysees found its windows smashed, as did the luxury boutiques of Chanel and Dior. Banks, too, were vandalised and the protestors left behind anti-government graffiti.

All around France, the protests reportedly left three dead and more than 260 wounded. In addition, more than 400 were arrested in Paris over the weekend. The financial cost of the damage is still being tallied, but it is clear that the economy has taken a hit. Parts of central Paris that should have been packed with tourists and Christmas shoppers resembled battle zones, the agency reported, while hotels and department stores in the capital stand to lose millions, and shelves have run empty in some supermarkets.

For the 30 years after World War II, "they were at the top of the world," Mr. Letta said, "at the very center." These countries "used to live with a very high level of average well-being," he said. "Now, there is a great fear of seeing it all slip away."

What is the government's response?

The government initially dug in its heels. Mr. Macron said there would be no modification of the planned tax increase nor of other policies designed to reduce France's carbon footprint and move to less polluting energy sources.

But after three weekends of protests, each more violent than the last, the government seems to be taking stock of its options. Although neither Mr. Macron nor his prime minister, Édouard Philippe, have suggested that they would consider a moratorium on the tax increases, many members of Parliament are calling for a suspension of the tax.

Too little, too late: That was the reaction of the so-called Yellow Vest protesters to the French government's sudden retreat this week on a gas tax increase. The Yellow Vests, who have thrown France into turmoil with violent protests in recent weeks, say they want more, and they want it sooner rather than later — lower taxes, higher salaries, freedom from gnawing financial fear, and a better life.

The meetings with the Yellow Vests have not yet been scheduled, in part because it is unclear who represents them.

ALL YOU NEED TO KNOW ABOUT YELLOW VEST PROTESTS (from an article in Washington Times):

· The Eiffel Tower is to close along with many shops, restaurants and museums and thousands more police will be on duty.

· The government said it was scrapping the fuel tax increases in its budget - the original spark for the protests.

· But broader discontent with the government has spread, and protests have erupted over several other issues.

· On Thursday young people took to the streets, protesting over educational reforms.

. More than 140 people were arrested when a protest outside a school in Mantes-la-Jolie in Yvelines ended in clashes with police. Dozens of other schools were blockaded in cities including Marseille, Nantes and Paris