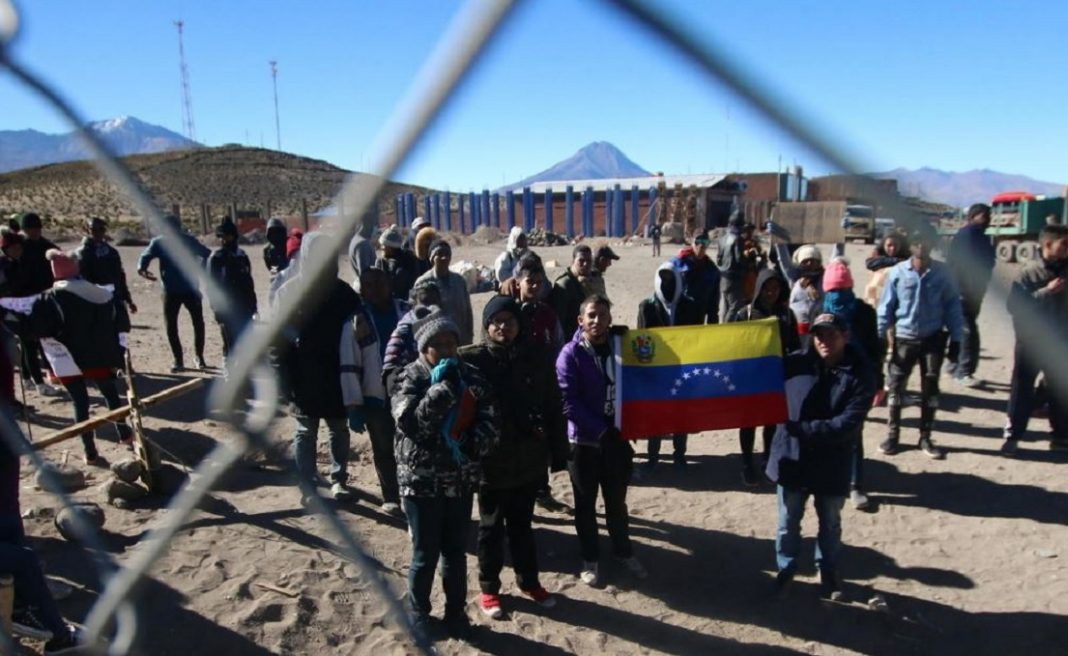 BOLIVIA. Colchane, Oruro: At a staggering 3,730 meters above sea level, a caravan of 1,500 migrants, most of which are Venezuelan refugees, remain camped outside the main square in Colchane commune. They are waiting for the opportunity to cross the border into Chile through the inhospitable Tarapacá desert region.

A deadly combination of elemental obstacles

As of 7 Feb, the dangerous corridor between the two Andean nations claimed the lives of two immigrants. High altitude aside, the Tarapacá region is known for its drastic temperature swings, including below-freezing temperatures at night, sudden flash floods, lack of shelter, and no freshwater resources. This combination of factors presents a treacherous challenge to immigrants trying to cross the border on foot.

An exodus sparked by hopes of better job opportunities

Much like the migrant caravans seen traveling through Central America to the United States, the impetus behind the Bolivian migrant caravan are the hopes of finding work and a better quality of life in Chile. The desire to immigrate to Chile has been escalated by the COVID-19 economic fallout, which has hit Bolivia hard. Unskilled labor jobs that were previously available to immigrants and refugees have since been taken by desperate citizens struggling to secure work during the economic downturn.

According to United Nations Refugee Agency (UNHCR) report from June 2020, there are an estimated 5,707 Venezuelan refugees currently living in Bolivia. While the media has covered much of the Venezuelan refugee crisis in Colombia, Brazil, and Peru, little information has surfaced of their challenges in trying to find footing and a new beginning in Bolivia. While Bolivia's friendly immigration policies make it an attractive prospect to refugees, the lack of employment opportunities is a hindrance that many have discovered only after they've arrived.

Chile reopened their land borders as of November 2020, and the tide of immigrants shows no sign of ebbing any time soon. The Chilean government requires a negative COVID-19 PCR test to enter the country and has organized a small amount of basic assistance and survival necessities for migrants near the border. Despite suffering similar economic setbacks as Bolivia, desperate migrants continue to brave the perilous journey for a mirage-like glimpse of hope on Chile's side of the desert.