UN report on Kashmir calls for repeal of AFSPA, hints at Pak hand in cross-border activities 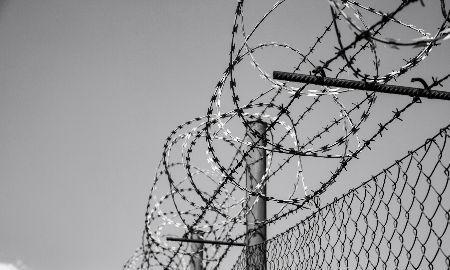 The United Nations Human Rights Office recently published a report on divided parts of Jammu and Kashmir. The 49-page report – the first ever by the UN on the human rights situation in India-Administered and Pakistan-Administered Kashmir – details violations and abuses on both sides of the Line of Control, and highlights a situation of chronic impunity for violations committed by security forces.

The time frame is from July 2016 - when large and unprecedented demonstrations erupted after Indian security forces killed the leader of an armed group Hizbul Mujahideen Burhan Wani - to April 2018.

The report states that evidence points to armed groups operating in Jammu and Kashmir since the late 1980s, committing a wide range of human rights abuses, including kidnappings, killing civilians and sexual violence. Despite the government of Pakistan denying its role in supporting such groups, the report also notes that according to experts Pakistan's military continues to support operations across the Line of Control.

The report urges Pakistan to end the misuse of anti-terror legislation to persecute those engaging in peaceful political and civil activities and those who express dissent.

The report also says India should urgently repeal the AFSPA as well as establish independent, impartial and credible investigations to probe all civilian killings since July 2016 in Indian-administered Kashmir.

The UN has also called for international inquiry into alleged human right violations in the divided parts of Kashmir.

The report took social media by storm with leaders expressing their views. Separatist leadership welcomed the report, saying that an inquiry into rights violations in the region was long overdue. Senior separatist leader Mirwaiz Omer Farooq took the Twitter: 'Welcome the first ever UN report on HR violations in Kashmir. HR violations by the state taking place in Kashmir for past 30 years in particular and calling for inquiry into them was long overdue. UN has a moral obligation towards the people of Kashmir. People of Kashmir Thank the UN especially the bold efforts of its HR commissioner Mr Zeid Ra'ad Al Hussain for its support to right of self determination and in preparing the report and making it public hope an enquirer commission is setup and announced soon by UN'.

However, the separatist leadership didn't speak about such violations in Pakistan-administered Kashmir.

Panun Kashmir - an organisation of displaced/refugee Kashmiri Pandits called this report damning, rejecting it. Ashwani Kumar, president of Panun Kashmir, claims that the report is an insult and that there are no human rights violations in India-administered Kashmir. "It is shameful that the UN kept mum over the genocide, ethnic cleansing and mass exodus of the indigenous people of Kashmir - the Kashmiri Pandit community – which is languishing as refugees in their own country," says Kumar.

He asked the government of India to respond to this report in a strong and diplomatic way and should further expose Pakistan-sponsored terrorism.

Independent MLA Er Rashid welcomed the UN report for exposing the violations in Indian Administered Kashmir at various levels by the security forces. He further said the report has vindicated the stand of those who have been constantly accusing New Delhi of violating the rights and subjecting the Kashmiris to state terrorism. Rashid says the right of self determination for Kashmiris on both the sides of LOC is the only way to solve the issues in Kashmir.