Violence in the name of cow protection, invoking sedition and anti-terror laws to suppress freedom of speech in university campuses and in public, and issues relating to the cultural and religious rights of minorities figure in the concerns raised by various countries. 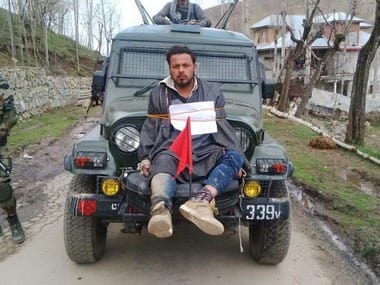 The United Nations (UN) on Wednesday listed India amongst 38 "shameful" countries in the world. The list is based on countries that had carried out reprisals or intimidation against people, through killings, torture and arbitrary arrests. Allegations of ill-treatment, surveillance, criminalisation, and public stigmatisation campaigns targeting victims and human rights defenders were also included on the list.

UN Assistant Secretary-General for human rights Andrew Gilmour, who will present the report to the Human Rights Council next week, said in a statement that the cases in the report were the tip of the iceberg. "We are also increasingly seeing legal, political and administrative hurdles used to intimidate – and silence - civil society," he said.

Against the backdrop of numerous non-governmental organisations, human rights defenders, activists and experts being labelled as 'terrorists' by their governments, it highlights a 'disturbing trend' of national security and counter-terrorism strategies used to block UN access to communities and civil society organisations.

Violence in the name of cow protection, invoking sedition and anti-terror laws to suppress freedom of speech in university campuses and in public, and issues relating to the cultural and religious rights of minorities all figure among the concerns raised by various countries.

"In Kashmir, our recent report on the human rights situation has not been followed up with meaningful improvements, or even open and serious discussions on how the grave issues raised could be addressed. The people of Kashmir have exactly the same rights to justice and dignity as people all over the world, and we urge the authorities to respect them. The Office continues to request permission to visit both sides of the Line Of Control, and in the meantime, will continue its monitoring and reporting," says Gilmour.

The Office of the United Nations High Commissioner for Human Rights has submitted to the UN General Assembly several recommendations from over four-dozen organizations from all over India.

The report goes through due process

This is a complex process that includes reports submitted by the country, the autonomous National Human Rights Commission, various UN agencies, rapporteurs and the civil society.

India, China, Russia and Myanmar are among several countries named in a report by United Nations chief Antonio Guterres that details an 'alarming' level of harsh reprisals and intimidation against those who cooperate with the UN on human rights issues.

FCRA a way to stamp out civil society initiatives

The report said that the special procedures mandate holders drew attention to the revocation of the license of the Centre for Promotion of Social Concern (also known as People's Watch) under the Foreign Contribution Regulation Act.

But there was some good news in the opening statements by the UN High Commissioner of Human Right for India. "I hail last week's decision by the Supreme Court to decriminalise same-sex relations. Laws that criminalise consensual adult relationships are, as Chief Justice Misra said, manifestly arbitrary and a source of discrimination and harassment. I very much hope other countries around the world will look to India's example in this respect."