An event, unfamiliar in the leadership of Trump where he preferred backing out rather than mingling in the controversy. 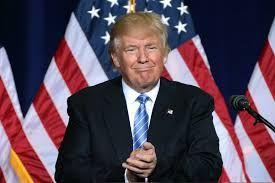 Facing Outrage from all over the globe regarding the recent decision of separating Immigrant children from their parents on the border as a "Negotiating Tactic", US President Donald Trump has had to sign an Executive Order repealing a decision he proudly brought into effect just weeks ago.

The news originates from when President Trump pursued his " Put America First" initiative aiming to safeguard the interests of his Citizens in the best way possible; by bringing into effect an Immigration Policy. The Zero Tolerance Policy introduced on the 26th of January 2018, was to counter Obama's Deferred Action for Childhood Arrivals program. The President stated "We are keeping our borders protected while continuing our Zero Tolerance Policy to deal with the people crossing our borders illegally."

This decision by the Trump Administration is a complete reversal on past American immigration policies and the idea of the United States being a country of Immigrants. It complicates the process of the attainment of a green card and also mentions the building of a Wall along the US - Mexico border.

The policy of separating children from their families has sparked outrage all over the globe. Video images of children being caged has also given rise to debates regarding the psychological impact of separating these children from their parents. An expert even went on to say that this might be "causing permanent psychological damage to the young minds of these children most of whom are not even teenagers."

According to an article from The Hindu, anonymous sources from inside the White House reveal that First Lady Melania Trump has tried to make the President understand the repercussions of the actions he has made in the past couple of days.

"The First Lady has been making her opinion known to the President for some time now, which was that he needed to do all he could to keep these families together," said source on the condition of anonymity.

The President further reiterated his stance on what he calls "Fake News" and how the likes of CNN and the Wall Street Journal were sensationalising a situation that according to the White House was under control. According to an article by The Hindu "In recent days, the Republican President has insisted that his hands are tied by law on the issue of family separations and sought to blame Democrats, although it was his administration that implemented the policy of strict adherence to Immigration law."

A voting session was conducted on Thursday to put a stop on the practice of separating families. But uncertainty still remains.