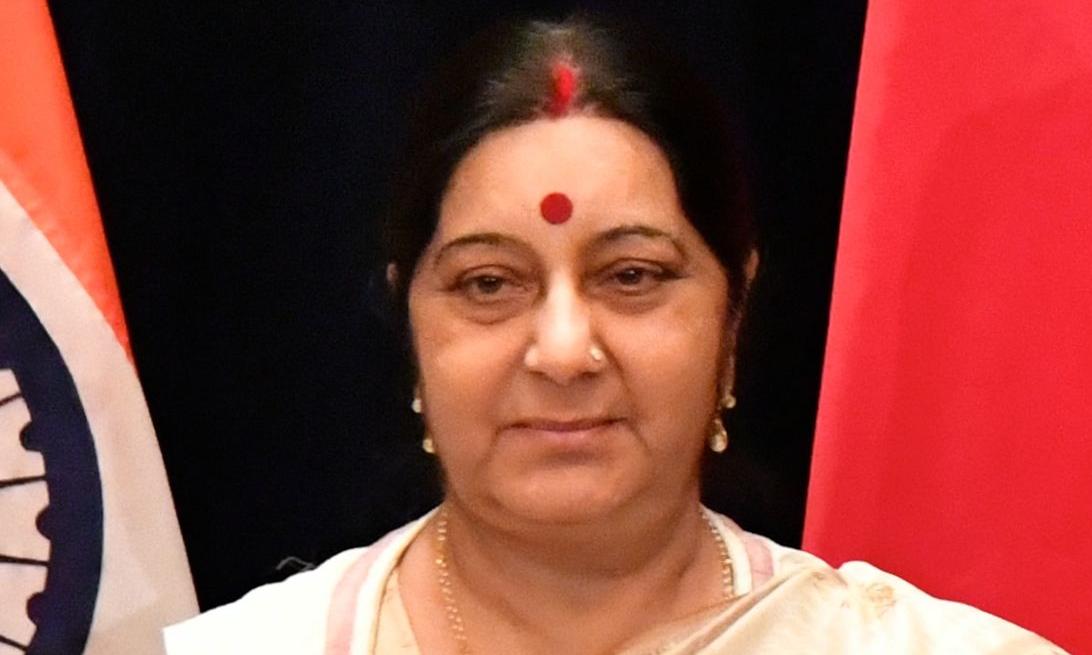 "The major issues which the world is facing are of climate change and terrorism" She said. Focusing particularly on terrorism, she accused Pakistan as being one of the major sources of it: "Pakistan is not only expert in spreading terrorism but also in being deceitful at the same time".

News agencies quoted Swaraj as pointing out Pakistan's dishonest rhetoric to United States whereby they pretend to be an ally against terrorism yet the state provided a safe haven to al-Qaeda chief Osama Bin Laden. "Mastermind of 9/11 attacks succumbed to death by US army but the mastermind of 26/11 attacks in Mumbai, Lashkar chief Hafiz Saeed remained at large in Pakistan," she said.

Swaraj said that India's attempts at holding talks with Pakistan failed due to the neighbour's lack of reciprocity. "Even now, after the new government came to power, the Prime Minister of Pakistan, Imran Khan, wrote to (India's) Prime Minister Narendra Modi suggesting a meeting between foreign ministers in New York. We accepted the proposal. But within hours of our acceptance, news came that terrorists had killed three of our jawans. Does this indicate a desire for dialogue?" Swaraj said.