There has never been a golden period of UK-Russia relations and the fresh row between the two nations is certainly not an anomaly; however there is much at stake this time for both the nations amid the spy poisoning casus belli. 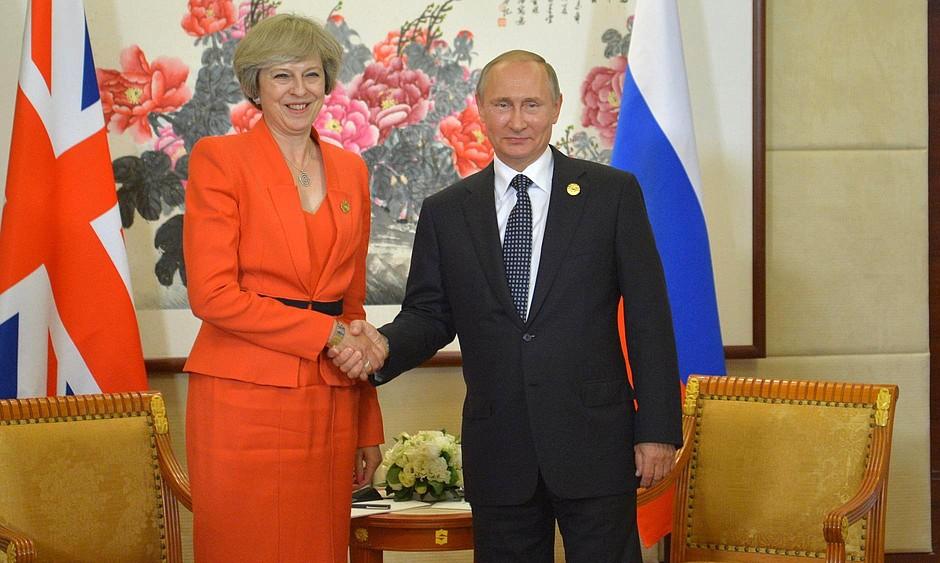 US, UK, France, Germany and Canada have condemned Russia for its alleged role in poisoning the ex-Russian spy living in Salisbury, England. The joint statement by these countries read: "We have full confidence in the British assessment that the two suspects were officers from the Russian military intelligence service, also known as the GRU, and that this operation was almost certainly approved at a senior government level. We have already taken action together to disrupt the activities of the GRU through the largest ever collective expulsion of undeclared intelligence officers."

On 4 March, 2018, Sergei Skripal, a former Russian military officer, and his daughter, Yulia Skripal were attacked by a Novichok nerve agent leaving them both critically ill. The UK investigation pointed fingers at Russia for coordination and perpetration of the attack triggering a diplomatic row. In the wake of attack, a number of nations supported UK by expelling Russian envoys which was met with a tit for tat response from Kremlin.

After going through hours and hours of CCTV footage, interviewing people and the modus operandi, UK named and charged two suspects who carried out the attack on the Skripals. Alexander Petrov and Ruslan Boshirov, members of Russian Intelligence, GRU, have been accused of carrying out the attack.

The British Prime Minister, Theresa May, gave the details to the parliament.

"I can today tell the house, that based on a body of intelligence the government has concluded that two individuals named by the police and CPS are officers of Russian Military Intelligence Service also known as the GRU. The GRU is a highly disciplined organisation with a well established chain of command. So, this was not a rogue operation. It was almost certainly approved outside the GRU at a senior level of Russian State"- Theresa May, PM, UK

Following the UK investigation, the UN Security Council held a meeting in New York, where UK allies showed solidarity with the island nation and showered criticism on Russia. Karen Pierce, the British ambassador to UN lambasted Russia for "challenging the international order". Her Russian counterpart, Vasily Nebenzya, decried the charges and questioned the intention of United Kingdom. He accused UK of propagating "lies" and attempting to "malign Russia".

On the tracks of diplomacy, Russia seems to be ahead of UK allies. On one hand it rails against the charges rejecting them as "baseless allegations",but on the other, it strikes conciliatory tone. While the two nation's representatives were tearing each other down at the UN, the Russian government asked British government to provide them the details of the suspects. Maria Zakharova, spokeswoman, Russian foreign ministry, appealed Britain to "help identifying those people".

The UK has successfully garnered support from some of its most powerful partners in the world. However, it is not only about an isolated incident, but the future of relationship between two giants of past, struggling for better global positioning. It also matters because both the nations are bedevilled by economic challenges. Russian economy is in a state of stagnation with growing poverty and falling life standards of the people. International sanctions following the annexation of Crimea and its role in Syria are also a trouble for Putin's administration.

With the floundering Brexit negotiations, internal feud in the ruling party and uncertainty over fiscal future, UK too is diplomatically vulnerable. The separation with Europe calls for better relations with the world. It is also imperative because of a whimsical leader sitting at the Oval in Washington. Not to forget, how Donald Trump schooled the British PM on twitter. The impact of Brexit negotiations has already strained its ties with France and Germany with both the nations accusing UK of having a cake and eat it too approach.

Uprooting the relationship tree might not be the best option for both the nations as they need each other. China-US could be an example of this love-hate-sustain style of diplomacy which is entirely a necessity based arrangement. In addition, UK is no stranger to espionage games as it has been accused in the past for its attempts to spy on Russia. One of the well known incidents is ex- British PM Tony Blair's chief of staff, Jonathan Powell admitting to one such exercise .