Sex for medicine: Doctors Without Borders staff accused of abuse of power

As BBC report alleges sexual misconduct, MSF said it not been able to confirm these claims, urging people with knowledge to come forward 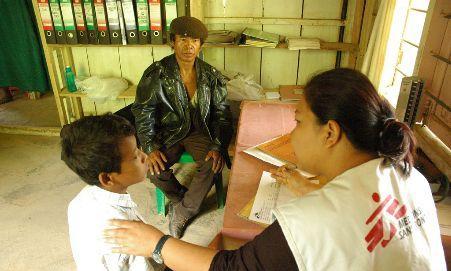 The Doctors Without Borders stated that the organisation is tough on complaints but has been unable to confirm the allegations. Pic for representational purpose only.

Activities by staff members of Médecins Sans Frontières (MSF), an international medical NGO of repute, have come under scrutiny after a BBC report alleged of sexual misconduct, citing anonymous whistleblowers, as reported by AFP.

There are also reports of senior staff members boasting of trading medicine for sex.

The MSF, also called Doctors Without Borders, stated that the organisation is tough on such complaints and are looking into them but has been unable to confirm the allegations. It has urged anyone with information to come forward.

BBC reported that a former employee of MSF's London office said she had seen a senior staff get girls into MSF accommodation in Kenya. "The girls were very young and rumoured to be prostitutes," she said, adding, "I felt that, with some of the older guys, there was definitely an abuse of power," she said. "They'd been there for a long time and took advantage of their exalted status as a Western aid worker."

"There's definitely a feeling that certain predatory men were seen as too big to fail."

Another female employee who worked in central Africa said: "There was this older colleague, who actually moved a woman into the (charity) compound. It was pretty obvious that she was a prostitute but he'd call her his girlfriend".

A third whistleblower alleged a senior colleague boasted of trading medication for sex in Liberia.

"He said, 'Oh it's so easy. It's so easy to barter medication with these easy girls in Liberia'," she told the programme. "He was suggesting lots of the young girls who had lost their parents to the Ebola crisis, that they would do anything sexual in return for medication."

The BBC had not been able to verify this particular allegation.