Protectionism has always been a worry to nations in lieu of Globalization. 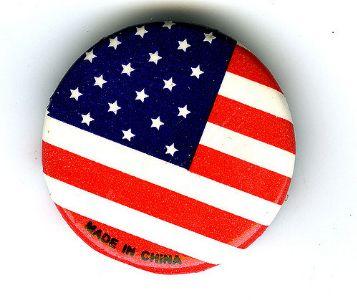 China in its retaliation to US trade tariffs has announced a plan to increase duties on about 130 products worth $3 billion originating from the US. It is not going to be just a trade battle between the two economies – the spillover effects of future Donald Trump's actions could well trigger a full scale global trade war. India is a significant exporter of steel and aluminium product to the United States after China.

Protectionism has always been a worry to nations in lieu of globalisation. It could be traced way back from the 18th century or the period of colonialism. Britain often imposed heavy taxation on India handlooms during their rule in India. Protectionism can be described as a way to protect one's economy or saving the domestic markets by imposing heavy duties and taxes on Imports.

A recent example of protectionism we all know is the United States. The President of the country has imposed heavy taxes on the imports of the country with whom US has significant trade deficits.

How this started – the main cause for this mini fight goes back to early March when US President Donald Trump announced tariffs of 25% and 10 % on the import of steel and aluminium under ''National Security'' provisions of US Trade Law. But it was clear that such an action was a direct action against the imports from China. During his election campaign, Donald Trump had promised that he would eliminate unfair players in the US's trade, thus singling out China in this context and trade imbalance between the countries.

Why it is not so easy to win trade war over China – As per the reports of Trade Partnership Worldwide LLC released this week, they said that over 400,000 jobs will be lost in other sectors of the US economy due to higher prices on steel and aluminium. The industry that could be impacted the most, with over 375,000 jobs lost, will be the services sector.

Last year, US sold $130 billion in goods to China and China sold 4 times more to the US.