Senior Journalist Shujaat Bukhari was shot dead outside his office 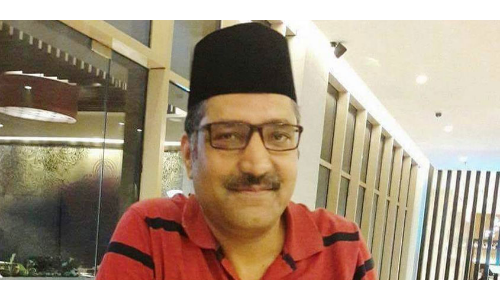 Senior journalist and Rising Kashmir Editor, Shujaat Bukhari was shot dead on Thursday evening by three unidentified gunmen on bike moments after he stepped out of his office at Srinagar's Press Colony. He was taken to Sher-I-Kashmir Institute of Medical Sciences (SKIMS) hospital. In this incident, his two Personal Security Officials (PSOs) were also injured while trying to save him.

According to NDTV reports, "It's a very unfortunate incident. Today at about 7:30 pm when he was coming out of his office and boarding his car, three terrorists came on a motorcycle and opened fire. Two of his PSOs (personal security officers) were also hit and one of them is no more the other is under treatment. They were shot before they could react," Jammu and Kashmir police chief SP Vaid told NDTV.

Shujaat was also attacked in 2000 after which he was given police protection. According to NDTV reports, he was instrumental in organising several conferences for peace in the Kashmir valley. He was also a part of the Track II process with Pakistan.

Home minister Rajnath Singh along with Mehbooba Mufti, Chief Minister of Jammu and Kashmir sent their condolences by tweeting.

Incidents like these and in the past have clearly shown that the life of a journalist is not at all safe.

Last year on 5th September, Senior Journalist and activist Gauri Lankesh was shot to death outside her home. The Special Investigation Team is still probing into the matter and has arrested another suspect of the murder Parashuram Waghmare recently.

In the same year on 20th September, Santanu Bhowmik, a young television journalist was brutally killed.

The major reason behind the murder of a journalist is his oppositional political coverage. It alleged that Gauri Lankesh was murdered because of her anti-BJP ideology.