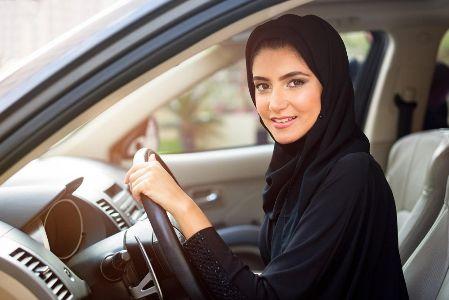 Women across Saudi Arabia drove their cars in the stroke of midnight after a six decade old ban on driving of women was lifted. It is a historic moment for the women of Saudi Arabia.

The Crown Prince Mohammad Bin Salman had issued the royal decree on 26 September, 2017 to lift the ban on driving for women.

Some see the end of the ban as a message from crown prince Mohammed bin Salman that women will play a larger role in the conservative country's future. It's among recent moves like allowing concerts and movie theaters, easing restrictions on gender segregation and reigning in the religious police that the 32-year-old prince has put forth as part of modernization efforts.(NYPost)

The women in Saudi Arabia posted their images on Instagram, Facebook and other social media to express their joy. This decision has marked the liberalization and empowerment of women in middle east nation. Saudi Arabia is the last nation left to legalize driving of women.

The United Nations Secretary-General released a statement in order to pay tribute to the women of Saudi Arabia for their efforts in achieving this important legal milestone, which should contribute to women's economic and social mobility and the development of the country.