As Gen Hooda confirmed the authenticity of the video on India’s strikes against Pak stations, let’s deconstruct this unconventional move in light of military prudence and political mileage 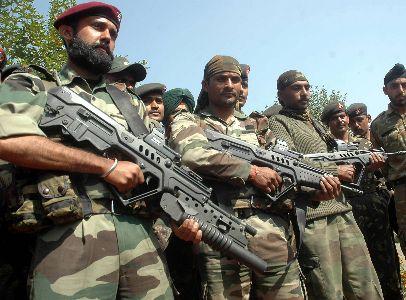 It was late afternoon in 2016 when I heard of the surgical strikes India carried out to successfully neutralise a militant training site in Pakistan. As it happens in media, the following day was a hectic turnaround of information in the form of graphics, explaining to our audience how, when and the basic narrative of the strikes. This information was provided by a bonafide source with intimate knowledge and personal access to the details of the military action. However, this storyboard, or recreation, did not include any significant details that would pose a security threat or target any individuals. To do this, would have been a breach of journalistic ethics as well as would have put our source at risk of exposure, and thereby threat to his safety.

Let's draw a parallel here with the United States' action in Pakistan's Abbottabad where teams led surgical strikes to disarm and neutralise terror-outfit al-Qaeda's mastermind Osama bin Laden. I was in Pakistan a day after the US military carried out an operation to capture and neutralize Osama and the precision of that strike and action and the strategy, not only military but also the political system, was evident for all to witness. There was no chest thumping by the political leaders, other than giving credit to the security operations centre (SOC) as they rightly deserved it. This precaution is undertaken for a basic and simple objective - to protect the lives and families of those involved by concealing their identities.

When one looks at the political history between Pakistan and India and the US, the Indian strike was even more daring as it was launched in a neighbouring country with which it shares a volatile and fraught relationship and could have turned into a full-scale nuclear war. It was carried out in an area which is heavily militarized with an ongoing, daily crossfire between the two States. During the Abbottabad raid, one must remember that the Americans, unlike India, had been a close ally of Pakistan for over four decades, had supplied military hardware and also mapped every inch of Pakistan's territory.

This episode was one of the overwhelming emotions for terror-hit Americans, yet even after years, the details of the operation are still limited, although it could have been used for political mileage. Commanders who led that operation haven't claimed the glory, remaining anonymous. There are many reasons why military videos of operations are not released to the public unless of course one wants to use it for politics.

Details which could pose a direct threat to personnel or the military at large is therefore kept out of public eye and files are classified. One may be aware of who the commander of a unit is, but the roles and duties, or how an operation unfolds shouldn't be declared, and doing so is frankly an immature act. Keeping in mind that clearance must have come from the military leadership, I fail to understand General Hooda's unconventional move to authenticate the video with explanations, thereby not only painting a target on his back but putting his family under risk as well. In the light of his personal involvement, I do hope the Government of India has, with immediate effect, put the officer and his family under protection.

An operation like surgical strike needs to be done in complete secrecy. Exposing the officer and his family is also journalistically a poor decision. Take, for instance, Times Now's unwarranted coverage of the 26/11 Mumbai terror attacks which alerted the terrorists at the Taj Mahal hotel of the Indian force's tactics, thereby spoiling the surprise element and enabling them to come up with a response or plan. This prompted the Supreme Court to come out with its landmark judgment on journalistic overreach that can harm national interests and security. When General Hooda came forward with his information, it would have been more prudent to keep his identity under wraps while airing the said information. His coming to the fore has put him and his family at great risk. The government must move to provide them security and cover.

An independent fourth estate a lost cause today

We seem to have forgotten the role and duties of the press in a country, to its citizen. The separation of powers in a government into the legislature, executive, and judiciary can be effectively kept in check by an independent press - the fourth estate. The duty of media is to correctly, without bias, based on facts, provide information to the society, thereby leading to healthy discussions and aiding the public to make an informed assessment.

Does this truly depict India's media scene today? As most media houses are bought and led by businessmen more interested in balance-sheets than journalistic ethics, so much so that many have political party backing. Is the press, then, truly free of political manipulations and censorship? Is the media independent? Is it for the people, by the people, with the people?

Gen Hooda's acknowledgement of the videos should have never been aired. The release of the video could have been first aired on Prasar Bharati-led channels, the government arm of media with simultaneous release to all news networks. Yet, they decided to go for a private television channel, whose investor is a member of the ruling dispensation in India at the moment which is Bharatiya Janata Party (BJP). In this age of 'BREAKING NEWS' let me deconstruct how this will affect the challenge financially. Exclusive videos tend to shoot up viewership, which will lead to higher target rating point (TRP) by the Broadcast Audience Research Council (BARC) the following week. In simple language: more viewers attract more advertisements which generate greater revenue for the channel.

This, aside from the blatant use of private media as government propaganda machine. The bigger press agencies today are more like mouthpieces of different political patronage, yet the smaller media agencies have shown a lot more integrity.

Most importantly though, this video being pandered around is not the personal property of one individual, it is owned by the people of India and the release should have happened with due process, perhaps by the Minister of Defence along with the Army Chief in a press conference. The officers to comment should have been chosen carefully without divulging critical details of identity, prioritising safety over personal gratification of a certain hero complex. There should have been qualified analysts - who were in fact invited by the Defence ministry a day after the surgical strike took place - to talk about it without jeopardising the life of the officers and their families.

Now that this has happened, it leads me to ask of the corrective measures that will be implemented for future transgression, hopefully, future officers will be investigated in court for reckless acts of endangering lives and use of public property for personal gains.

No room for political manoeuvring may cost Indian lives

This was clearly a military operation and no political party or parties should be grandstanding, or taking credit. In a true democracy, which is not only about elections and currying public favour under any cost, independent media houses are not used by political parties to further their advantage by claiming credit for a military operation. At least, not by putting their own people at risk for a little bit of mileage. To do this would be petty, juvenile and irresponsible, but then it is not surprising in India.

One crucial aspect of keeping military strikes under wraps is not inciting other countries which can lead to debilitating war. A surgical strike has been practised for decades by the Indian army, units have carried out cross-border strikes and done so on the quiet not to exasperate the conflict. One of the most important lessons of war is that you have to give your enemy manoeuvring room out of a conflict and theatre. The lack of room to exit makes the enemy suicidal and when the adversary turns suicidal, there is no fear which can lead to unwarranted damage - not a very smart military strategy.

The release of this video does the same mistake of not giving the enemy a way out and instead of a lesson, it has now become an action that they have to respond to. This means that more soldiers will lose their lives. The political masters surely care about the lives of soldiers and they will not be too pleased but they have to adhere to the strategy already set in motion. This is the responsibility of the people who have released the video, it's their cross to bear and they must be held responsible for what happens next.