Effective healthcare will come from devolution of power but there are forces which do not want it to happen: Rahul Gandhi 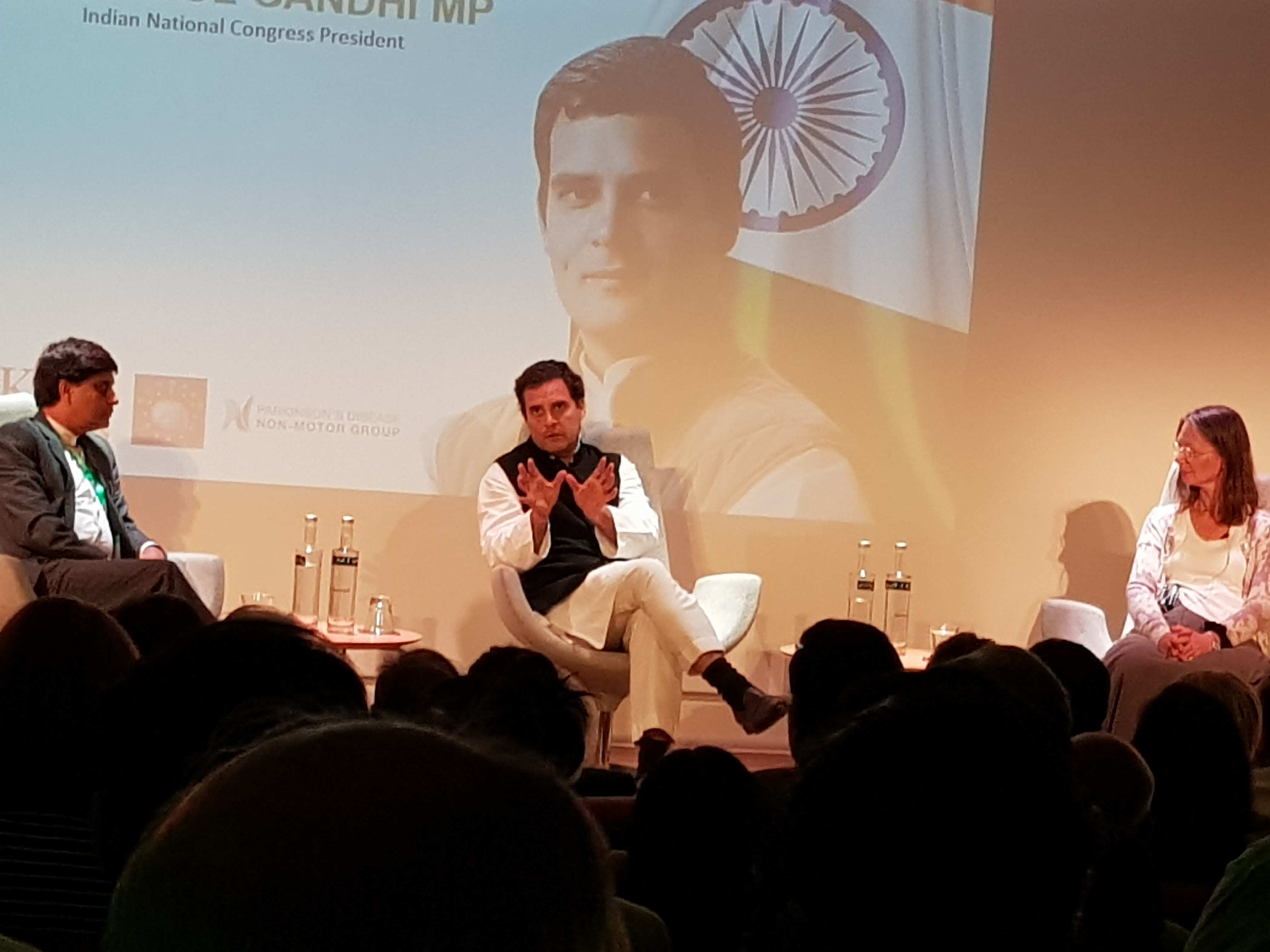 Addressing a symposium of medical professionals in London, Rahul Gandhi blamed the "concentration of power in CM and PM" for poor healthcare in India.

Speaking at the Royal Society of Medicine, he said, "a lot has to do with the delivery and implementation of policies and that is why I believe in strengthening village Panchayats. Let the local people decide because they know their problems better than others".

On the second day of his UK trip, Mr. Gandhi met representatives and employees of Imperial College, King's College and NHS who were asked for solutions for the ailing government hospitals and medical services.

"I am not here to give a speech, but have come here looking for solutions and suggestions and would like to hear you", he said pointing the audience.

The 48-year-old Gandhi scion, who is considered as Congress prime ministerial candidate for 2019 elections, will be presented a report on "effective, affordable and sustainable healthcare system" by a committee of experts which would study some of the best policies in the world.

Currently, India spends Rs. 1112 (£12.30) per capita on public health which is just Rs. 3 a day. The country spends only 1.02% of its GDP on public health, which is amongst the lowest in the world. According to World Bank, India spends less than the average of Low Income Countries, at 1.4%. By contrast, the UK spends 7.9% of GDP on government expenditure on healthcare.

The hospital bills in India are a nightmare for average income families. Correlating poverty with healthcare, the congress leader said, "You cannot get people out of poverty without a proper healthcare in the country".

Asked by Raj Agarwal of Indians in UK, why the congress governments have not been able to create an effective system, he said, "it is not that nothing has happened but we did not had money then…say twenty-thirty years ago, the way we have now and we can certainly develop the system".

Praising UK's NHS, Mr. Gandhi shared his experience of how he was "treated in London for free which was a complete new thing for him".

"When I was injured, I went to the hospital and after the treatment went to the counter to ask for the bill. The lady looked at me and said, 'it's free, you don't have to pay anything'. That changed my perception of healthcare forever," he added.

According to the British Physicians of Indian Origin, there are about 40000 doctors with Indian roots, working for the English health services.

Sharing stage with Mr. Gandhi was Dr. Anil Diwan, Head, Department of Pediatrics, King's College London, who raised the issue of "mistrust" in the sector. He lamented "attacks on doctors" and suggested to work on building trust in the community regarding the profession.

"There is a lack of mutual trust in Medicare and therefore the outcome in the country is patchy…we need to ensure the safety of people in working in this field", said Dr. Diwan.

Mr. Gandhi was on a two-day UK trip which followed a similar Germany trip.