'I’m campaigning for Iranian woman to be able to ride motorbikes & plan to enter Iran as first Iranian woman on a bike. My message for India is that it’s time to respect women and stop rape,' says Yazarloo 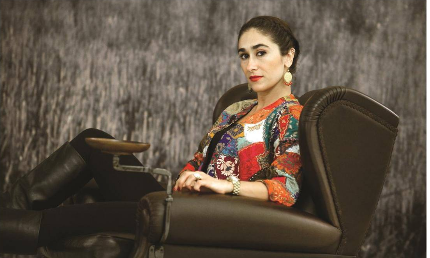 If there's one word to describe Dr. Maral Yazarloo, it is unstoppable – whether in life or on her bike. This 36-year-old Iranian woman has been living in India for the past 15 years, calling this her home since she came to Pune for her studies in 2004. As her passion for riding grew, 14 months back she started on a world tour to cover all seven continents on her bike, riding solo with no backup or reservations ahead - 'Ride To Be One' was flagged off on 15th March, 2017. Tracing her journey, Yazarloo answered a few questions from Africa, where she is currently travelling.

What brought you to India?

I came for my MBA and stayed back for my PhD from the University of Pune and then worked for Panchshil Realty for 11 years as head of Retail and Marketing.

How were you introduced to biking?

During college days, it started as a challenge when a friend asked me to get off his bike since I had never ridden one in my life. But, I decided to go ahead and that was the first time I rode. Later, I fell in love with Harley Davidson and bought my first bike. However, because of my job, designing business and workshops, I could never ride my bike for short distances or within the city. That's how I began long distance riding over the weekends and later on my love for biking lead me to owning two Harley's - one Ducati and one BMW GS and crossing 124000kms on my super bikes which is the record of highest mileage travelled on Superbike (women) in India in a span of 5 to 6 years. That's how I got the title of queen of Superbike of India. This was before I set out for my world tour.

Tell us about your current project

I started the tour on 15th of March 2017 from Pune to explore seven continents, 50 countries and around 100000 kms in 1.5 years. Since then I've been on the roads around this world. It started with another rider friend from Mumbai but unfortunately he had to quit his ride mid-way due to health issues but I decided to continue. I ride solo, with no back up team and nothing being booked in advance. I mostly stay in my tent and cook my food and make my own route. Even I don't know where road will take me tomorrow.

I've been told that I may end up setting a record of Asia and Middle East since no one have travelled through seven continents on a motorbike yet.

I do keep both the Iranian and Indian flags as I feel Indian as much as I do feel Iranian.

Currently in Africa - continent No. 6 – and hopefully by August I'll be back home in India after finishing the ride successfully.

Why did you embark on such a tour

I ride for all the Middle-Eastern women - Iranian as well as Indian - to change how the world perceives us. I want to prove to the world that even women like us are strong and ambitious and able to achieve our dreams. Moreover, I'm also running a campaign for Iranian woman to get permission to ride motorbikes and planning to enter Iran as first Iranian woman on a bike.

My message for India is that it's time to respect women and stop rape in this beautiful country and that will only happen if all citizens stand up against it and band together.

I don't believe gender can stop people from living the life the way they want to. I don't believe there are such things as can or can't. I have proven it with my ride which is considered as a male-dominated sport. I have proven my conviction to be stronger since I got married half-way through my ride in Peru yet continued with it.

Everything I have done so far has broken society's several stereotypes of a woman. Yet, I proved to everyone and myself that nothing is impossible if you really want to do it.

Once I return, I will concentrate on my family and building brand of clothing which I design. After studying and seeing the world, I have been exposed to various global fashion and traditions. I have a lot to work on and surely a book to pass on the knowledge and wisdom what I learned in this 1.5 years.