Report News
Home > World > Plane crashes in Mexico, all 103 on board survive

Plane crashes in Mexico, all 103 on board survive 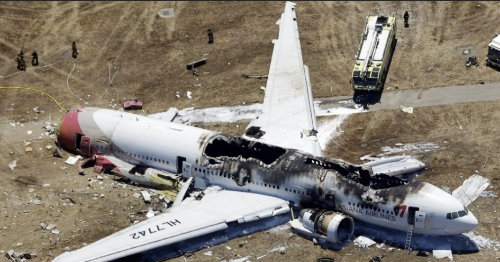 In a miraculous move, a Embraer jet crashed right after takeoff in Mexico's state of Durango on Tuesday but everyone on board survived. The Aeromexico-operated plane was almost full with 103 on board - staff and passengers - and although there were no fatalities, many had injuries.

It crashed at about 4 p.m. local time (2100 GMT), authorities said. Passengers and crew jumped out before the plane caught fire. Many lost essential documents like passports in the mishap.

TV images showed a severely damaged plane after it crashed in scrubland with smoke rising into the sky. Passengers believe that it was the heavy rains and strong air current that brought the plane down, as cited by the air traffic control and the Governor as well.

The pilot was the most severely hurt but was in a stable condition.

Aeromexico said in a statement: "We deeply regret this accident. The families of all those affected are in our thoughts and in our hearts."