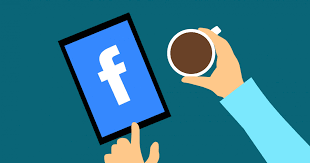 In a recent report by The New York Times, it has been revealed that Facebook shared personal information of its users with major phone makers. It was further revealed by THE STRAITS TIMES that Facebook has data-sharing partnerships with at least four Chinese electronic companies, including a manufacturing giant that has a close relationship with China's government. The social media company confirmed on Tuesday that Chinese phone maker Huawei was among companies given access to data on users.

"Facebook along with many other US tech companies have worked with Huawei and other Chinese manufacturers to integrate their services onto these phones," Facebook mobile partnerships leader Francisco Varela said in a statement. Facebook has data-sharing partnerships with Huawei, Lenovo, Oppo, and TCL, which gave these Chinese companies private access to certain user data. The agreements allowed device makers to offer some Facebook features, such as address books, 'like' buttons and status updates. (THE STRAITS TIMES)

Concerns over such an agreement by Facebook with Chinese companies have been expressed by top American lawmakers.

"The news that Facebook provided privileged access of Facebook's Application Programming Interface (API) to Chinese device makers like Huawei and TCL raises legitimate concerns, and I look forward to learning more about how Facebook ensured that information about their users was not sent to Chinese servers," Senator Mark Warner, Vice Chairman of the Senate Select Committee on Intelligence said. ( www.moneycontrol.com)

Huawei, a leading global provider of information and communications technology (ICT) infrastructure and smart devices, has been flagged plentiful times by US lawmakers as a possible national security threat. But it continuously denied the fact that it has ties with the government. According to Quartz, Huawei said that it has never collected or stored Facebook user data.

The social media leader said it "disagreed" with the conclusions of the New York Times report which found that the device makers could access information on Facebook users' friends without their explicit consent. But the report raised concerns that massive databases on users and their friends - including personal data and photos - could be in the hands of device makers. (www.straitstimes.com)