Pakistan slammed by India in UNGA over PoK

India hits out at Pakistan in UNGA over the latter's comment on PoK. 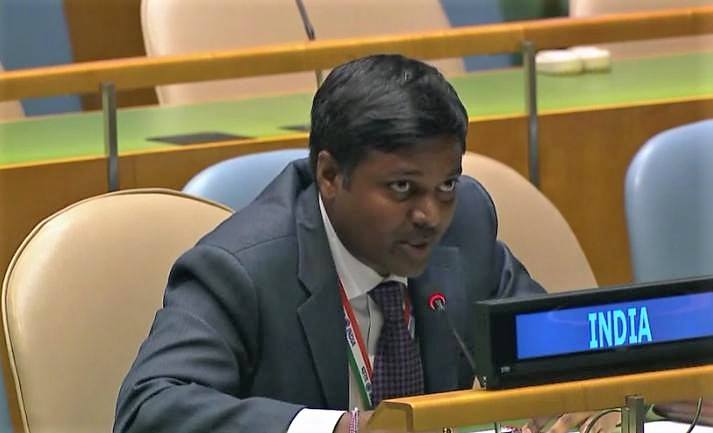 India slammed Pakistan at the United Nations general assembly saying that no amount of 'empty rhetoric" will change the reality that Jammu and Kashmir is an integral part of India.

India's First Secretary on permanent mission to UN Sandeep Kumar Bayyapu speaking at UNGA said, "The state of Jammu and Kashmir in an integral and inalienable part of India." Bayyapu represented India in the general meeting on responsibility to Protect and the Prevention Of Genocide, War Crimes, Ethnic Cleansing and crimes against humanity.

Sandeep Kumar Bayyapu exercised the right of reply to respond to Pakistan's comment on PoK.

The United Nations, in early June, had released the first-ever report on alleged human rights violation in Kashmir and Pakistan-occupied Kashmir (PoK) seeking an international probe.

India, in response to it, called the UN report "fallacious, tendentious and motivated" and added that it violated India's sovereignty and territorial integrity.

Pakistan used the report to raise the Kashmir issue on an international forum and said that the report's reference to the Pakistan-administered part of Kashmir "should in no way be construed to create a false sense of equivalence" with rights violations in Kashmir.

India responded to Pakistan by reminding it that Jammu and Kashmir was and will always be a part of India.