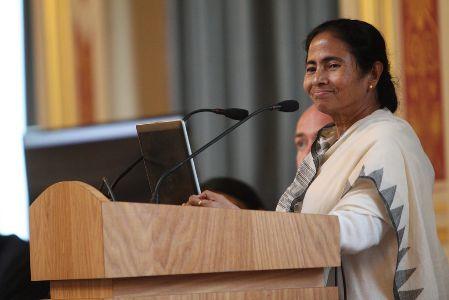 Chief Minister of West Bengal Mamata Banerjee has sought a meeting with the Home Minister Rajnath Singh to discuss the NRC issue.

Following the debacle in Assam, the Chief Minister of West Bengal Mamata Banerjee slammed the exercise and reportedly remarked that expanding the National Register of Citizens (NRC) in West Bengal would lead to civil war and bloodbath. Following this, the youth wing of BJP Bharatiya Janata Yuva Morcha (BYJM) on Tuesday filed an FIR in Naharkatia police station at Assam's Dibrugarh.

As reported by The Telegraph, an Assam police officer said the complaint would be sent to Guwahati headquarters.

On Tuesday, Mamata Banerjje said at an event in New Delhi: "What happened in Jharkhand (child trafficking involving Missionaries of Charities), incidents of lynching, atrocities against Dalits and Muslims… we don't support this. If it goes on like this, don't you think it will create a civil war and lead to bloodbath?" The TMC chief has sought an appointment with Home Minister Rajnath Singh to discuss the NRC issue.

All citizens are entitled to stay in their country. Something dangerous happened in Jharkhand may happen in Bihar, UP, Rajasthan, Haryana Chhattisgarh and Uttarakhand (BJP-ruled states)... but we won't let this happen in West Bengal. It won't happen in Karnataka or Andhra Pradesh either," she said.

In response, Congress Chief of Assam Ripun Bora tweeted: 'Mamata Banerjee being the Chief Minister should not provoke for a civil war, we condemn this statement. It will have no impact on Assam as it is absolutely peaceful there.'

With regards to BJP's move to implement NRC in Bengal, the CM said that a party can't decide someone's Indian identity, warning that BJP's attempt to divide the country won't be tolerated.

"The NRC is being done with a political motive. We will not let this happen. They (BJP) are trying to divide the people. The situation cannot be tolerated. There will be a civil war, bloodbath in the country," Banerjee added.

BJP party chief Amit Shah during a press conference on Tuesday said Banerjee speaks and does things with the aim to garner vote bank support. "Mamataji sees nothing other than vote bank everyone has their own prism, we see the national interest and she is looking at other things," Shah said.

BJP party member from West Bengal and actor Rupa Ganguly tweeted:m'Is she aware that there are a lot of illegal immigrants in West Bengal? As it is what is happening in West Bengal today, is it any less than bloodbath or civil war? Doesn't she know that every other day BJP karyakartas are being killed.'