Report News
Home > World > US hasnt the ability to play any role between India and Pakistan: Christopher Clary

US hasn't the ability to play any role between India and Pakistan: Christopher Clary

Future of South Asia discussed at King's college, London. Experts express their concerns as countries continue to cause conflict. 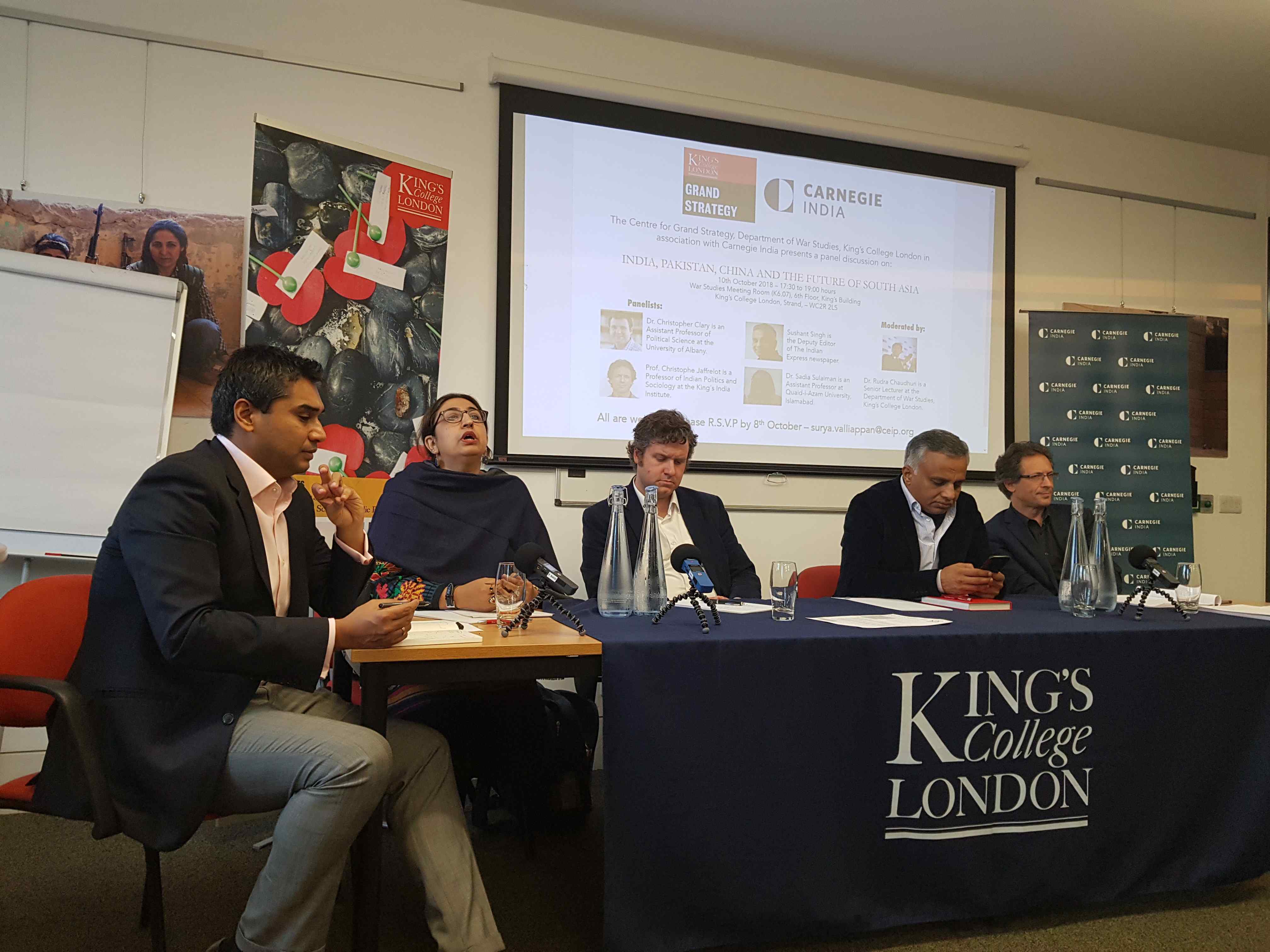 A panel of experts from across the globe discussed the future of South Asia at King's College, London. The issues under discussion ranged from the rise of nationalism in India and China to the dominance of army in Pakistan and the potential role of external actors.

Dr. Christopher Clary, Professor of Political Science at University of Albany took a swipe at Donald Trump and said that America under the current President is "going through a mental health crisis". It doesn't know "what it is thinking at the moment and the directions are unclear". Dr. Clary said it in a response to the question whether "external actors" like US, UK could play a role in resolving the India-Pakistan issue.

Imran Khan, the current Prime Minister of Pakistan is seen as a modern politician who is development oriented by many. Because of his education in the west and a career in cricket of global recognition, his supporters have pinned high hopes on him. However, French Political Scientist Christophe Jafferlot has a different view.

"Remember, the current Prime Minister of Pakistan is not only a populist but also an Islamist. I am not sure whether Indian Prime Minister would be comfortable with someone who shared stage with Lashkar", said Dr. Jafferlot.

The role of China is crucial in South Asia as it is not only an economic behemoth but has been aggressively flexing its foreign policy muscles. The ambitious "Belt and Road Initiative" which is a part of wider "China Dream" project has been a concern for India which has opposed BRI.

However, India Prime Minister Modi looks to strengthen ties with China. "Modi has met President Xi Jinping twelve times which is unusual", said Sushant Singh, Deputy Editor of The Indian Express. "In the wake of China-India standoff recently", he said, "None of the so called global powers intervened or took initiative". "Ambassadors of different nations were asking us what was going on there", he added suggesting that India-China are mature enough to take decisions on their own for the betterment of the region.

The tension between India and Pakistan is perennial and complex because of the shared history and the occasional flirting of the west with the two entangled nations. However, India has made a significant progress in terms of economy and influence. Pakistan on the other hand is bedevilled by terrorism and saddled by sluggish economy.

"Before getting its house in order, Pakistan cannot think of changing anything outside. It should work on its relations with Afghanistan and India. Sadly, India too has not played its role properly in the South Asian region", said Dr. Sadia Sulaiman, Assistant Professor, Quiad-i-Azam University, Islamabad.

The panel was moderated by Dr. Rudra Chaudhuri, Senior Lecturer at the Department of War Studies, King's College, London.