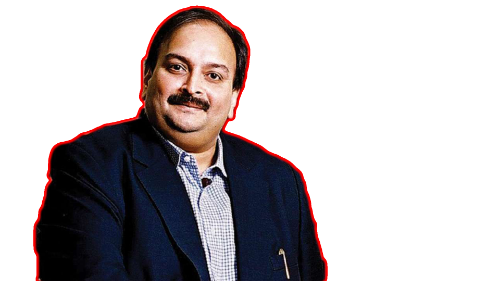 There were speculations about the impact of CBI's request to INTERPOL as it had sought more information related to the case under the Prevention of Money laundering Act (PMLA). Recently, the Enforcement Directorate (ED) had sent a reminder to INTERPOL about its application seeking a red corner notice against Choksi, which finally materialized today. The international warrant would enable the Antigua and Barbuda government to make a calculated judgement on Mehul Choksi's citizenship.

We will remind our readers that a similar notice had been issued to Nirav Modi, Mehul Choksi's nephew and his partner-in-crime. Nirav's sister, Purvi Deepak Modi, a Belgian national in October this year, and Nirav's brother, Neeshal Modi, have also been issued the same notices in the past. Mihir R Bhansali, a top executive of Nirav Modi's US business concern, was also issued a red corner notice on charges of money laundering in October.

Repeated summons have been served against both Modi and Choksi after they left India in the first week of January and were absconding and untraceable for a significant period of time.

What is the purpose of an INTERPOL Red Notice?

Are the individuals wanted by INTERPOL?

Who are the subjects of Red Notices?

How is a Red Notice issued?

1. Police in one of our member countries request a Red Notice via their National Central Bureau and provide information on the case.
2. The INTERPOL General Secretariat publishes the Notice after a compliance check is completed.
3. Police all around the world are alerted.

Why is the Red Notice important?

• It gives high, international visibility to cases
• Criminals and suspects are flagged to border officials, making travel difficult
• Countries can request and share critical information linked to an investigation.

India's success with Red Notices in the past

Previously, red notice had been issued against Dawood Ibrahim, the prime suspect in Mumbai blasts of 1993, on the request of the Government of India (GOI). INTERPOL had rejected India's request against Islamic guru Zakir Naik in the absence of a charge sheet against Zakir which was subsequently filed and GOI issues fresh requests to the Interpol. India has also sought Red Corner notice from Interpol against wanted people like businessman Vijay Mallya, actor Mamta Kulkarni and Tiger Memon, an aid of Dawood Ibrahim.