Love can now be officially bought by money

Gone are those golden days when personality was a matter of concern. 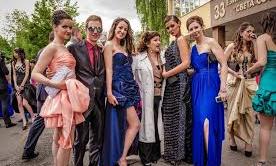 Girls' dropping out after their first period isn't something new in Stara Zagora where families of Kalaidzhi community, live in their own world. They function in accordance to their own thought process. Girls drop out of school when they hit puberty, their interaction with the opposite sex is limited to online chatting via Facebook. Parents are anxious that their girls might just get allured and end up losing their virginity.

Virginity is what will prove their worth and make them a better pick at the Bride Market. The Bride Market is held four times a year on various religious occasions. According to an article by Dailymotion, "It used to take place in a muddy open field next to a horse-trading market in a small village, where brides-to-be stood on stage with suitors competing for their hand.

But police last year moved it into a city to avoid tension with the horse traders. Still, the flirtations which occur can lead to negotiations and a possible union a few months down the road."

It is a rare opportunity where boys and girls are allowed to mingle and interact, with their parents being a witness to the whole event. It is one of those times when Roma's nomadic tinkers meet catching up not only on gossip, but also act like a marriage bureau for their teenage sons and daughters.

These devout orthodox Christians are a population of around 18,000 in Bulgaria. The community is very strict and only respects the marriage taking place among themselves. The girls really have no say when it comes to their suitors, as the better paying guy wins. The prettier the girl higher is the bid. The average price is around 4000 Euros which is offered by the boys family as dowry. We have girls from all types of mindsets, one who has given in to her fate and is only dreaming of a happy married life and one who aspires to be something and feels caged. Whatever the category is, excitement is evident amongst all groups as the markets are flooded with girls picking up provocative outfits, to look their best and attract prospective grooms.

Love doesn't really matter as the financial conditions determine one's partner. Boys generally pick up girls with modern attire, their reasons being a bit on the lewd side more than a result of global thinking. The practice isn't really new and has been here for a while. It is true that the mindset is evolving but it is still nowhere close to the image of the female we want to come to life in the face of women empowerment.