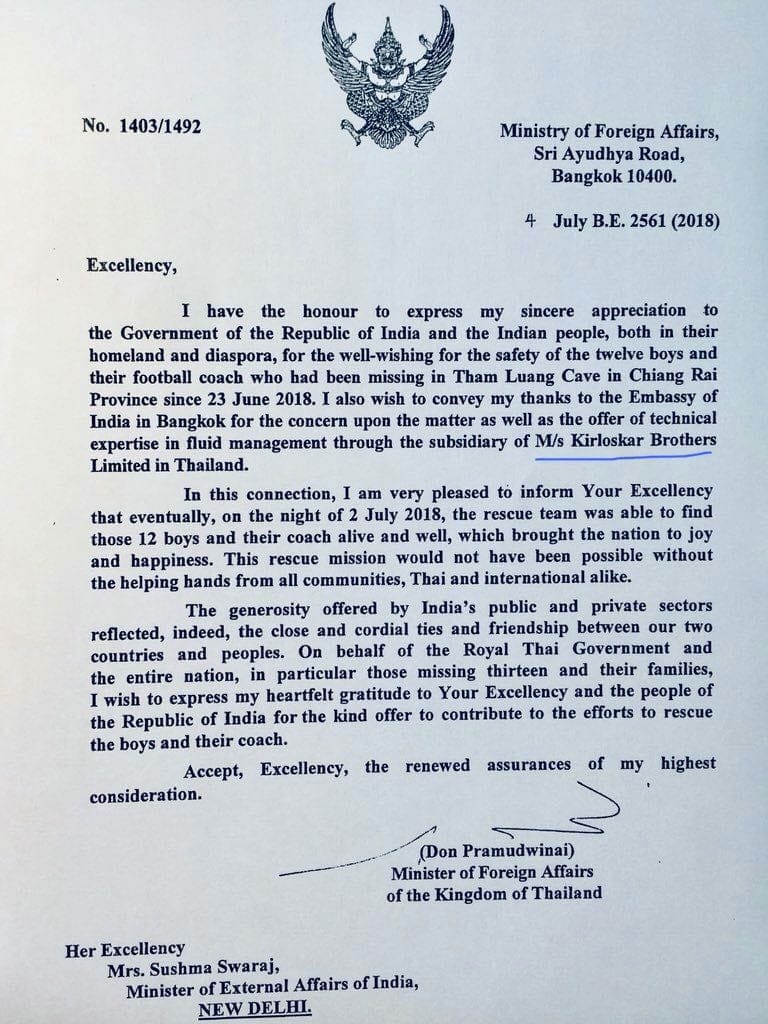 The Thai ministry of foreign affairs wrote a letter to the Indian people through the Indian representative thanking the offer of help to the children stuck in the cave. The letter also thanked the Indian origin company Kirloskar that also have a company registered in Thailand for offering assistance and advice on pumping water from the cave and its management.

Th fluid management arm of the Kirloskar's has expertise in water pumping. The company installed a pump in partnership with Tata for circulating around 10.5 million litres of water per minute. At the time of the installation, it was the largest in the world.

In the case of the Thai cave incident, one of the most essential parts was to make sure that the water level in the cave does not rise too much as that would have drowned the people stuck in the cave.

Prasad Kulkarni from Sangli district in Maharashtra and engineer Shyam Shukla from Pune assisted in the effort and represented the Kirloskar group.