Kejriwal, 3 AAP ministers have a sleepover at L-Gs residence 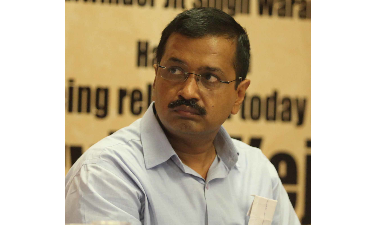 The New Delhi government, led by chief minister Arvind Kejriwal (in pic), has proposed that rations be delivered to recipients' homes.

Tweets keep pouring in from New Delhi's political heavyweights as the Aam Aadmi Party (AAP), which is in power at present led by chief minister Arvind Kejriwal, stages a rather bizarre form of protest. Kejriwal and 3 other party ministers spent the night at a waiting room at Raj Niwas, Lieutenant-Governor Anil Baijal's residence, to protest against an illegal strike by officers over proposal to home-deliver rations.

One of the three AAP minister, Satyendra Jain , has also begun an indefinite strike.

They are seeking L-G's support in ending an allegedly illegal strike by officers and also okay the state's proposal of delivering rations to recipients' homes.

There was an alleged attack on the Chief Secretary by AAP MLAs at the Chief Minister's residence in February. Since then, officers only communicate with the political executive in writing.

However, the L-G press statement denies that the officers are on strike and also that the file on delivery of rations is pending with the Food and Civil Supplies Minister, not the L-G.