Journalist in Morocco sentenced to jail for not reporting

A journalist was arrested in 2016 for not reporting news given by an unknown source on the mobile phone and has been sentenced to jail for three years. 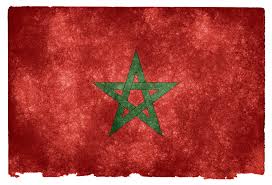 A journalist named Hamid El Mahdaoui has been sentenced to jail by the Moroccan court on Thursday for three years.

Hamid was arrested in July 2017 in the northern Rif city of Al hoceima, on the charges of not reporting a crime against state security after receiving a phone call from a Moroccan national staying abroad saying he would bring arms to Morocco.

According to TheNewArab reports: "This is a cruel sentence against a citizen and a journalist who did not commit any criminal activity," said his sister Nadia El Mahdaoui. "We hope the appeals court will acquit my brother".

"The sentence runs against the rule of law and taints Morocco's justice system as Mahdaoui did not commit a crime," said Mohamed El Hini, his lawyer. "If Mahdaoui reported such a crime he will be ridiculed or even accused of reporting an imaginary crime."

The reporters cannot report any information given to them by an unidentified and unapproved sources, this may question the accountability or credibility of the news channel.

According to REUTERS reports, the protests in the predominantly Berber Rif erupted after the death of fishmonger Mouhcine Fikri in October 2016, who was crushed inside a rubbish truck trying to recover fish confiscated by police.

The Rif region erupted into riots, with protesters demanding jobs, funding for the impoverished area and an end to alleged government corruption. Mahdaoui covers unrest in the northern Rif region. (www.alaraby.co.uk)