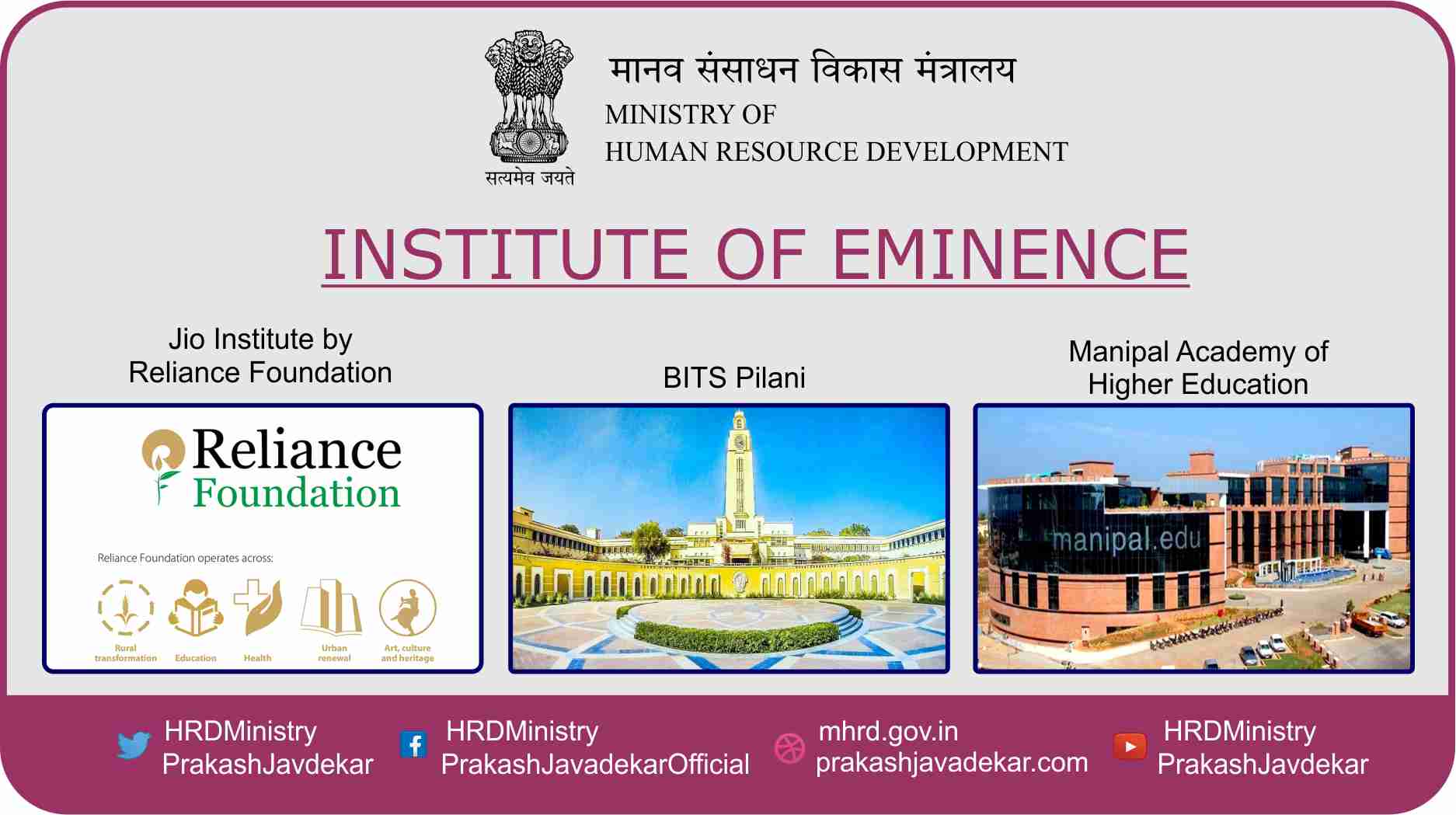 Jio institute which belongs to the Reliance Foundation owned by Mukesh Ambani, is one of the three private universities to receive the award along with Manipal Academy of High Education and Birla Institute of Technology(BITS)- Pilani.

The Jio institute is a proposed university by the Reliance foundation which is led by Nita Ambani. The institute will purportedly become operational after three years and will be sey up in Maharashtra.

This announcement has invited criticism not only for the government but also for the private university as well. The award has come as a surprise for all as the University is yet to get established. The University Grants Commission -that selected the awardees- said the institution made the cut under the greenfield category for new or proposed institutions.

HRD minister Prakash Javadekar specially congratulated the private universities striking a controversy. The UGC's rules for applying stipulated that "the Sponsoring Organisation should have identified the first Chancellor and first Vice-Chancellor and the core team who will implement the work of setting up the World Class Institution Deemed to be University. All of them should have very high qualifications and wide experience."

The present government has often been criticised for unduly favouring the Reliance industries, its sister organisations and promoters.