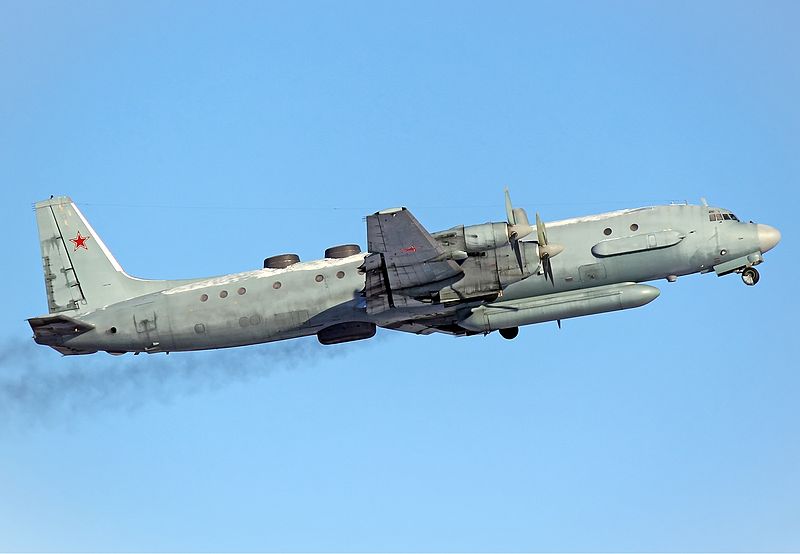 Russian TV quoted a Defense Ministry statement as saying that Shoigu told Avigdor Lieberman that Israel is "fully to blame" for the deaths of the 15 people onboard. Shoigu said Russia had not been notified of Israel's operation in the area despite the hotline between the two countries that should be preventing such accidents. He added that Russia "reserves the right" to respond to Israel's actions.

An unnamed U.S. government official reported that the U.S. military believed Syrian surface-to-air missiles had brought down the Il-20, reported the Drive.

The Israel Defense Forces have not commented on the strikes, which appeared to involve F-16 fighters firing stand-off weapons, possibly from Lebanese airspace, into Latakia at a Syrian Organization for Technological Industries facility.

The United States reportedly learned that the Il-20 had crashed when Syrian forces broadcast an emergency message on an international frequency, according to CNN.

A Russian jet in 2015 had entered Israeli airspace but was not shot down thanks to an open communication system between the two countries, Israel's defence minister has said, as tensions continued to flare between Ankara and Moscow after Turkish troops shot down a Russian warplane.

Israel 's defence minister, Moshe Ya'alon, said the plane entered about one mile (1.5km) into Israeli airspace by mistake and immediately turned around back to Syria when the Russians were notified.

So many are wondering what went wrong this time, and why were the Russians not warned. It indicates growing tension between the US and Russia and is a bad sign for peace in the region.