An Irish Times exit poll of about 4,000 voters by Ipsos/MRBI shows that 68% voted “Yes” to repealing the Eighth Amendment, which guarantees a mother and her unborn foetus “an equal right to life.” An estimated 32% said “No”. 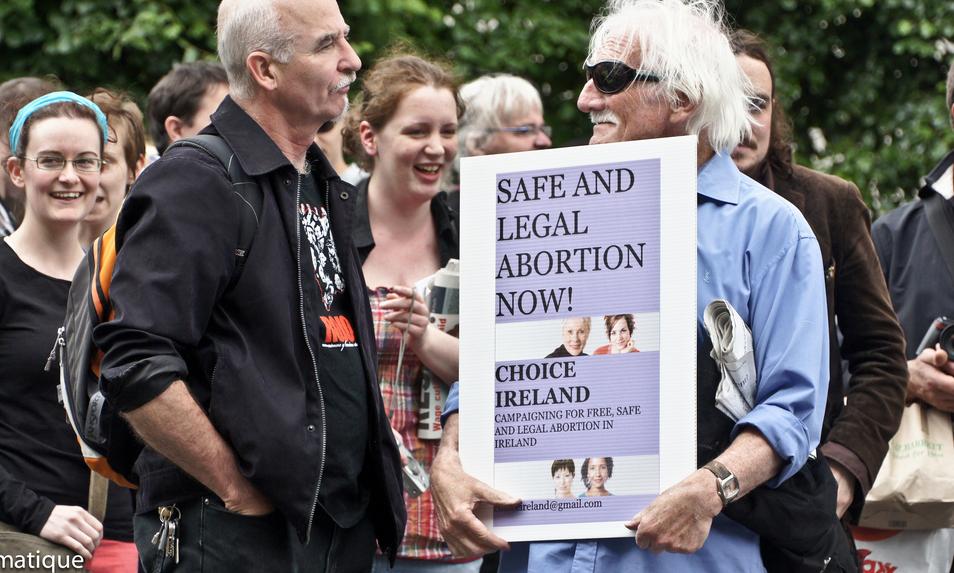 The Prime Minister of Ireland Leo Varadkar on Saturday legalized abortion for women abolishing one of the oldest referendums of the country. The Irish were overwhelmed by the decision and celebrated on the streets happily.

The decision comes after a majority of people voted for the repeal of the 8th amendment that was implied by the Catholic Dictates. The 8th referendum, which was added to the constitution in 1983, puts a ban on abortion to give equal right to a women and the unborn child. This is a historic move by the government and will be a landmark in the country's political development.

Ireland is one of the most socially conservative countries among the European nations. The liberalisation of the country began with the acceptance of same sex marriage in 2015.

According to The Denver Post: Ireland's political leadership promised that Parliament will quickly pass a new abortion law guaranteeing unrestricted abortion up to 12 weeks and beyond that in cases of fatal fetal abnormalities or serious risks to a mother's health. That would bring Ireland's access to abortion in line with the other 27 members of the European Union.

An Irish Times exit poll of about 4,000 voters by Ipsos/MRBI shows that 68% voted "Yes" to repealing the Eighth Amendment, which guarantees a mother and her unborn fetus "an equal right to life." An estimated 32% said "No," according to the poll.

As reported by Humans Rights watch, over the years, the ban led to an injunction against a 14-year-old rape victim to stop her traveling to England for a termination, and, as recently as 2014, to a forced caesarean on a young asylum seeker, who despite being raped had not been allowed to travel for an abortion. Some women, like Savita Halappanavar, died because of the eighth amendment. The European Court of Human Rights and the United Nations Human Rights Committee ruled on multiple occasions that the ban violated women's rights, and told Ireland time and again to change its laws.

In another report by Centre for Reproductive Rights: In 2013 and 2014 respectively the Center for Reproductive Rights filed cases on behalf of two women in Ireland, Amanda Mellet and Siobhán Whelan, before the United Nations Human Rights Committee, claiming that as a result of Ireland's prohibition on abortion both women were subjected to multiple violations of their rights under the International Covenant on Civil and Political Rights, a binding international treaty ratified by Ireland.