In a historic movement, 4 countries have passed out rules which decriminalises Homosexuality. 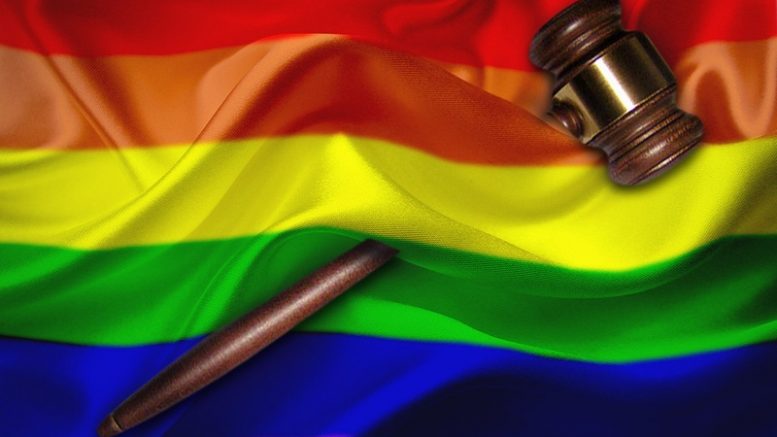 International Pride Month started with a bang by countries like Brazil, Ecuador, Botswana and Bhutan taking their step towards equality. The Supreme Court of these countries have passed out rules to decriminalize homosexuality.

Every year, the month of June is celebrated as International Pride Month. It is to rule against discrimination and violence towards Lesbian, Gay, Bisexual, Transgender, Queer, Intersex and Asexual (LGBTQIA+) community, and to promote their self-affirmation, dignity, equality, right to increase visibility as a social group and celebrate gender diversity.

According to a rule by Brazilian Supreme Court on June 13, Homophobia should be criminalized until the country's Congress makes a specific law for the subject.

Eight of 11 justices voted to treat homophobia similar to racism under Brazilian law, making it a criminal act. In 1989, Brazil made Racism a crime with people sentenced up to 5 years in prison. The court's judges have said that the ruling was made to legally protect the LGBT community.

"Sexual orientation and gender identity are essential to human beings, to the self-determination to decide their own life and seek happiness," Justice Gilmar Mendes said, according to the court's twitter.

Brazil is still a dangerous country for members of the LGBT community, even though same-sex marriage is legal there.

In a traditionally Catholic and conservative country, Ecuador's highest court approved same-sex marriage on June 12th, making it a huge milestone for the LGBTQIA+ community.

Same-sex marriage has been legalized only in handful Latin American nations such as Argentina, Brazil, Costa Rica, Columbia and Uruguay. Ecuador now joins them. This decision make its way during the annual World Pride Month.

For several years in Ecuador, same-sex couples did not receive the same legal rights and benefits as married couples, even though same-sex civil unions have been legal there.

According to the International Lesbian, Gay, Bisexual, Trans and Intersex Association's 2019 roundup report, consensual same-sex sex acts are still officially or unofficially criminalized in 70 U.N. member nations. The same report also stated that death penalty could still be implemented for consensual same-sex sexual acts in at least 10 nations around the world.

Botswana's High Court on June 11 passed a rule to overturn colonial-era laws by criminalizing homosexuality. It is a decision hailed by activists as a significant step for gay rights in Africa.

The laws that conflicted with Botswana's Constitution were revoked by three judges who voted unanimously.

Since the late 1800s, the Botswana territory was then known as Bechuanaland, which was under British rule. Homosexuality has been illegal since then.

Section 164 of the Botswana's penal code outlaws "unnatural offenses," defined as "carnal knowledge against the order of nature."

With gay sex outlawed in over 30 countries, in the African Continent, homophobia is widely entrenched. In several northern African nations, including Somalia and Sudan, homosexuality is punishable by death. Offenders in Sierra Leone, Tanzania and Uganda face life imprisonment.

Bhutan's national assembly, the country's lower house of parliament, have taken their first step towards decriminalizing homosexual acts, marking it as an historic effort.

On June 7, the national assembly voted overwhelmingly (43 to 1) in favour of removing Sections 213 (Sodomy) and 214 (Unnatural Sexual Conduct) of the country's penal code.

The LGBT community in Bhutan is small as compared to the country's population which is about 825,000. According to informal records, the LGBTQ+ community numbers around 92, of which only about 20 are publicly open about their gender identity and sexual orientation.

Activists in Bhutan hope that the National Council will follow through in validating the repeal of the two sections when the winter session starts in November. After passing the bill, it will be sent for royal assent.

In a Facebook post, Rainbow Bhutan, a group that represents the country's lesbian, gay, bisexual and transgender community, cried over the news.