Atul Kochhar tweeted said the Bollywood actress had failed to respect the sentiments of Hindus ‘terrorised by Islam for over 2,000 years’ 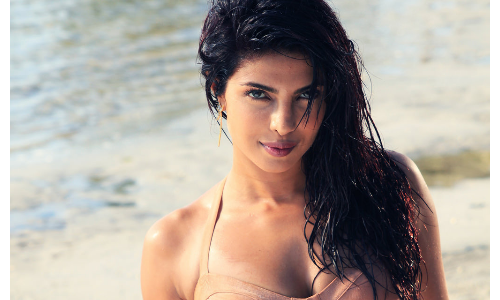 During a Quantico episode controversy, Priyanka Chopra (in pic) had Tweeted an apology after outrage at an episode that showed a Hindu terrorist.

Indian-origin head chef of Rang Mahal Indian restaurant at the JW Marriot Marquis hotel in Dubai has found himself in the eye of a controversy. Atul Kochhar is facing heat for a "anti-Islam" tweet directed at Bollywood actor Priyanka Chopra.

During the Quantico episode controversy, Chopra had Tweeted an apology after outrage at an episode that showed a Hindu terrorist. On June 10, Kochhar tweeted: "sad to see that you [Chopra] have not respected the sentiments of Hindus who have been terrorised by Islam [for] over 2,000 years".

the Khaleej Times reported that Twitter users critical of Kochhar's Tweet threatened to boycott the restaurant. JW Marriot distanced itself from Kochhar's comments.

"We are aware of the comments made by chef Atul Kochhar," it's Twitter handle put out. "We would like to stress that we do not share the same views as stated in the remark, nor is it a representation of the culture of diversity and inclusion that we pride ourselves on at the hotel."

Later, Kochhar also tweeted an apology, claiming that his tweet the previous day was "a major error made in the heat of the moment". "I am not Islamophobic, I deeply regret my comments that have offended many" the tweet further added. However, Kochhar also apologised for an "inaccurate" statement correcting the fact that Islam was not a 2,000-year-old religion, but a 1,400 year old one.