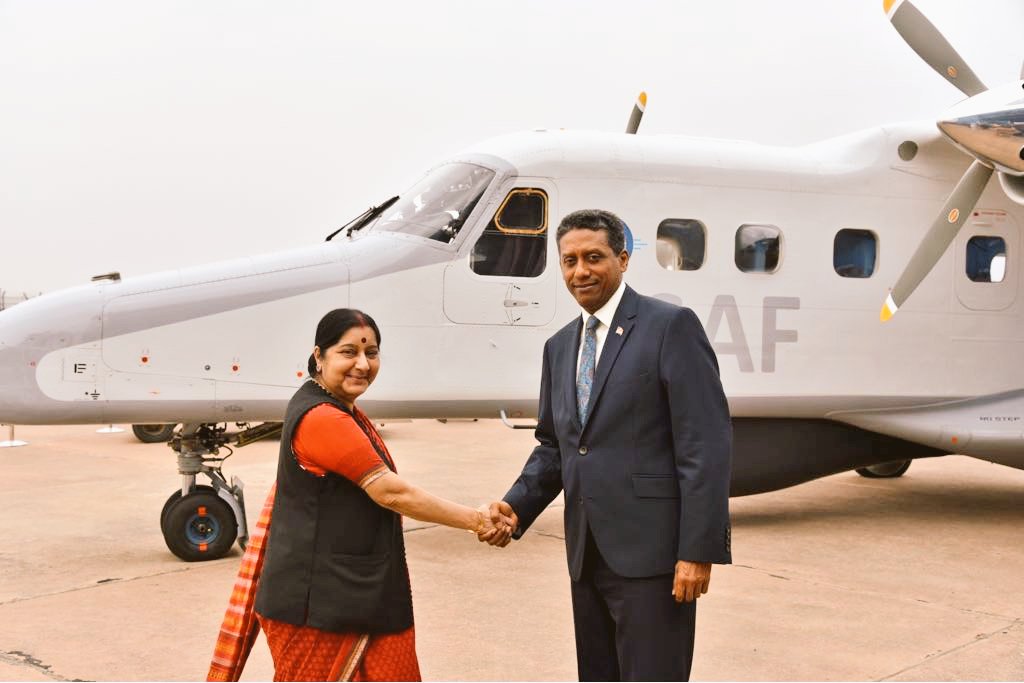 Both the leaders held a bilateral meeting in India where Prime Minister Modi announced several initiatives for the island country. The major deal was the grant of $100 million Line Of Credit for the purchase of defence hardware.

India will provide grants for civilian projects in Seychelles which will include the building of the Government house, police headquarters and the attorney general's office.(TOI)

"We have agreed to work on the Assumption Island project based on each other's rights." Mr. Modi said. In his speech, President Faure said that both the countries will continue to work together, bearing each other's interest."Both sides would remain engaged on the issue", he added.

Together India and Seychelles signed six agreements but, it is a matter of concern, on how these two countries will lead the project without parliamentary ratification.

According to a report in The Hindu, the statement is the first from the Prime Minister since the National Assembly of Seychelles last week refused to ratify the naval base that India has been planning to build on Assumption to provide a foothold in the western Indian Ocean.