Report News
Home > World > In a bid to thwart China's growing power, Indonesia gives India access to it's port for military use

In a bid to thwart China's growing power, Indonesia gives India access to it's port for military use 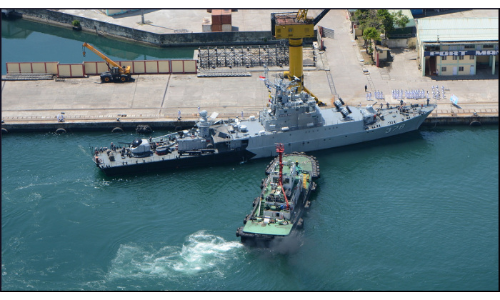 Indonesia has decided to bring on board India by providing key access to its port in Sabang, an island located close to the trade point Malacca Straits. It is a concerted move to arrest China's growing influence in the South China Sea, which may very well lead to monopoly by the Asian country over the seas and trading ports, leaving the rest at their mercy. Speaking in Delhi, Indonesia's Coordinating Minister for Maritime Affairs Luhut Panjaitan said that the country was open to greater engagement, including giving Indian navy access, once the "Sabang seaport is established with India".

"Indonesia does not want to controlled by (China's) Belt and Road Initiative. Indonesia follows an independent foreign policy and is not aligned to one big power or the other like India. Jakarta has good relations with Beijing but wants to balance BRI. We are focusing on Indo-Pacific concept and global maritime fulcrum is necessary as a balancing tool... India and Indonesia should look to expand maritime security partnership to cover counter-terrorism and anti-piracy operations," said Panjaitan as quoted in an article by the Economic Times.

He also mentioned that the port with a depth of 40 metres will be capable of supporting submarines, hinting that Indian navy could get access to it, specially since naval drills between the two countries started in 2017.

For India, this comes after signing a deal with Oman, gaining military access to its port Duqm. India has been for a while working on an elaborate maritime strategic alliance plan for 'mission-based deployments'. Fighter jets of the Indian Air Force have been stationed at the bases in the Andaman and Nicobar Islands. In a bid to monitor sea-trade routes and protects its interest, the Indian Navy sends combat-ready ships and aircraft in the Indian Ocean to maintain a continuous presence and monitor activities.

Although talks between India and Indonesia to build the Sabang port, which is within Aceh Special Region, had started way back in 2014-15 but stalled due to its economic feasibility. However, Indonesia is a strong ally to have on the Indo-Pacific concept, and India will also be able to protect its interests. Sabang is located 710 km southeast of the Andaman and Nicobar Islands and around 500 km from the Malacca Strait which connects the Indian Ocean to the South China Sea. Malacca Strait sees massive business - over 30 per cent of the world's trade, around 80 per cent of China's energy supply (by sea), almost 40 per cent of India's trade.

It is essential to maintain power balance at this point or else it can massively tip the favour towards the country that holds dominance. As Pandjaitan said, "India and Indonesia relations are important to the balance of power in Asia."