Separating families will go down in history for Trump

The US must find a way to keep families together, even if they are refused entry 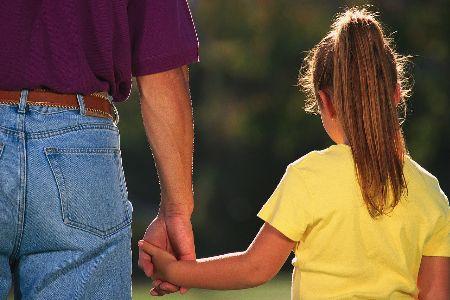 It's Father's Day today and I miss my Dad not only today but every single day. He died 15 months ago at 93 years old. He led a wonderful life as a doctor, caring for so many families throughout his lifetime.

As a 4-year-old, I remember accompanying him on his 'rounds' at the hospital and on house calls to visit and check in on his patients. He knew that a young child's presence would be beneficial to the elderly folks in his care. That the vibrancy that comes only with the uninhibited happiness of youth was good medicine for these people.

This week's headlines saturated by stories of families being separated at borders and denied reunification with their parents stings with every headline.

The New York Times reported in April that about 700 children had been separated from their parents as they were processed at stations on the southwest border, including more than 100 under the age of 4. (nytimes.com)

Threats by US leadership

And, in two speeches last week in the border states of Arizona and California, Attorney General Jeff Sessions announced that as a matter of enforcement, if an unauthorized migrant brings a child across the United States-Mexico border without documentation, "we will prosecute you, and that child will be separated from you as required by law. (washingtonpost.com)

Family ties are important to nurture and maintain throughout life despite geography and physical location. Immigration can be a tricky issue for many and illegally entering any country complicates the process. Cardinal Daniel DiNardo, the president of the organization, said in a statement , "Families are the foundational element of our society and they must be able to stay together. (ktla.com)

American Civil Liberties Union has filed a lawsuit in San Diego that illuminates what Homeland Security is doing. (latimes.com)

In the US since that is a criminal charge, not a civil violation of immigration codes, the children are spirited away to a youth detention center with no explanation. (latimes.com)

These are not the actions of a humane government. To separate children from parents is unconscionable unless the child is at risk of harm. It becomes even worse when the separation comes as the family is asking for help and protection from the very people who then suddenly split them apart. This is just traumatizing the traumatized. (latimes.com)

For humanity and civilization

To force disconnection between parent and child when there is low risk to civil stability only cheats society. Parent's are the guiding light in a child's development and if they are not there to help their child shine, it leads us back into the dark ages.

Mum and I are making a banana creme pie today, just as we have always done on Father's Day, in fond remembrance of Dad, and will take him a piece at the cemetery so he can enjoy it too. His geography and physical location may have changed but in some ways, he is still right here at home.