Do you belong here, Trespasser?

Incidents of fake students spot in campus leads a University to ban wearing of scarves on ground. 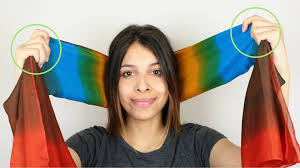 Chaudhary Charan Singh University, Meerut in its latest announcement has laid down a certain set of rules and regulations for it's student community.

Instances were reported in University when unknown people entered the campus without any identity cards. Following this incident, the university has banned the usage of scarves by students. It stated that women wearing scarves made it difficult for the authorities to distinguish between the student and otherwise.

"Girls from outside the campus were found inside the college premises. Classes have not started yet, and a lot of unknown students were being found loitering the campus," Chief Proctor Alka Chaudhury told news agency ANI.

"Currently, we are leaving them with a warning, however, if this increases we will inform the police," she added.

The Principal of the college told ANI, "This is just a measure to restrict the entry of unknown people which is degrading the atmosphere of the college."

The move is questionable in nature, as the University has students from varied religious backgrounds and some students wear scarves due to religious reasons.

Since the move could be interpreted in a variety of ways, we decided to interview some students. Anant Gemini (ex BBA student) was not exactly in the favor of the move, "Being a city that boasts of its secularity, such a move can incite outrageousness, the administration needs to keep everything in mind. We still have some girls wearing niqab, this can be deemed as an attack on their religion, which I'm pretty sure isn't the intention."

Aaryan Jain another student at the University emphasized that the college securities should look into themselves and eradicate the problem from the root. He further added, "It is really hot and scarves are what we have to protect us, it is also worn as an item of clothing. The security guards need to be more alert."

Arminder Singh, on the other hand was completely in favor calling it as "the need of the hour" and talked at length about safety being the foremost concern.

Amna, one of the former students said, "Personally I don't see it as an attack on religion, there are hardly any who wear niqab and they can be given some leverages. Proper checking of the documents should be done at the entry to safeguard the interests of the institution."

The students are divided on the decision of the University. As of now the decision is final and no further updates are there. The results will not be there in front of us when the plan is executed and we'll all know if it was a good idea.