"Dissent safety valve of any democracy," says the Supreme Court of India

A three-judge bench headed by CJI Dipak Misra ordered the five activists are to be kept in ‘house arrest in their own homes’. 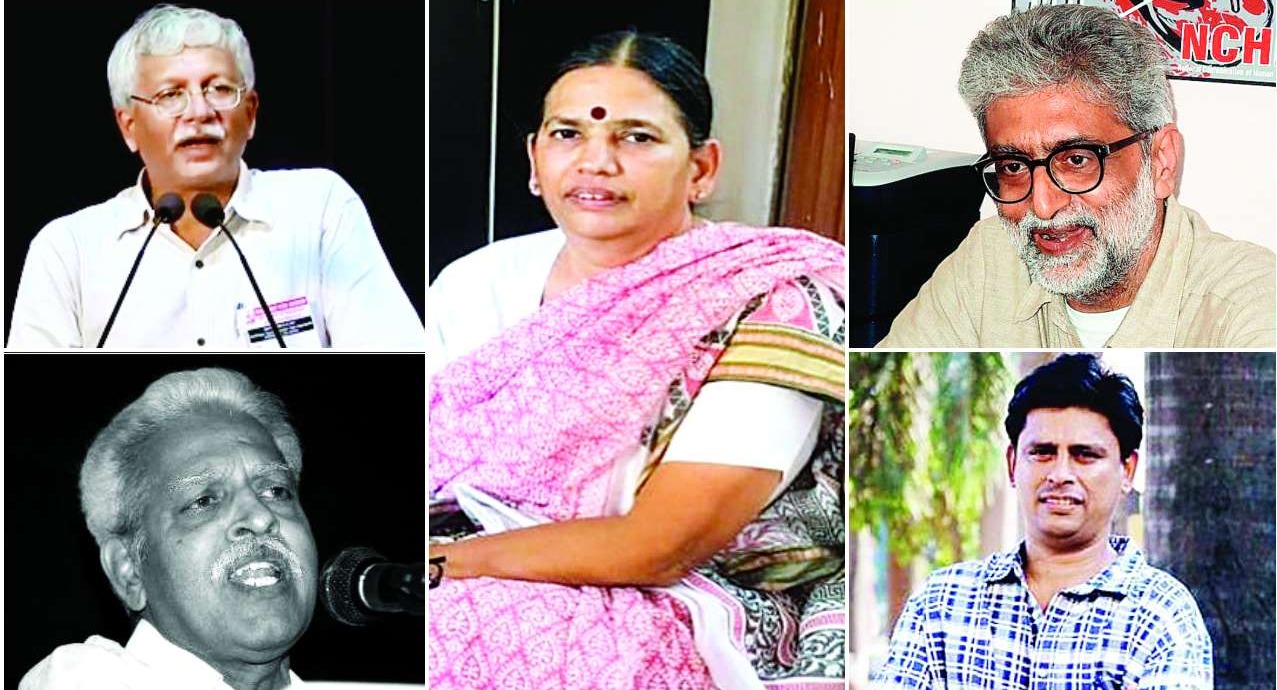 On 29th August 2018, the Pune Police arrested five activists who they claim have links to the banned Communist Party of India (Maoist) during simultaneous raids in Mumbai, Delhi, Thane Hyderabad, Ranchi, Delhi and Faridabad.
A three-judge bench headed by CJI Dipak Misra ordered the five activists are to be kept in 'house arrest in their own homes'.

Modi government was slapped by the Supreme Court on Wednesday on the way the arrests were carried out and stayed their arrests till next week.

The Maharashtra police initiated the arrests based on an FIR lodged following a conclave -- 'Elgaar Parishad' -- held on December 31 last year. It is believed that the conclave triggered violence at Koregaon-Bhima village.

Issuing notice to the Maharashtra government and its police, the bench considered the submissions of senior advocate Abhishek Manu Singhvi, Rajeev Dhavan, Indira Jaising and Dushyant Dave and lawyers Prashant Bhushan and Vrinda Grover that vehemently opposed the Maharashtra Police's action in the matter.

The bench asked the state government to respond to the petition and gave liberty to the petitioners to file rejoinders, if any, and posted the matter for hearing on September 6.

Mehta is his arguments questioned the standing of the five petitioners Romilla Thapar, economists Prabhat Patnaik and Devaki Jain, sociology professor Satish Deshpandey and human rights lawyer Maja Daruwala. The petitioners had sought an independent probe into the arrests and their immediate release.

Mehta said, "They may be good citizens, we don't know." He also erroneously claimed that those arrested have a "previous record," referring specifically to Sudha Bharadwaj.

The bench lashed out at the government law officer for making false statements, prompting him to apologise to the court.

Was Modi assassination plot a hoax?

Many were left baffled when the government counsels made no mention of an assassination plot in either the High court or the Supreme court hearings. But in Pune in the local magistrate's court, the lawyers had made a plea stating that a plot of assassinating Prime Minister Narendra Modi was being looked at.

The man who was plotting to assassinate Prime Minister Narendra Modi has been arrested, India's home minister had said.

India Today TV had also reported that they had accessed a letter describing a plan to assassinate Prime Minister Narendra Modi in a "Rajiv Gandhi-Type" incident, which a leading daily said was "gathered from material seized" from five people arrested for "alleged Maoist links".

Many are saying that it may have been political gimmickry by the Modi government to talk about the assassination attempt to gain public sympathy for the upcoming general elections.

Is Sedition is being misused?

The Supreme Court had earlier directed all authorities across the country to be bound by the Kedar Nath judgment, which limits the scope of filing sedition cases under the provisions of Indian Penal Code.

Recently Prashant Bhushan argued before the bench that the law of sedition is being grossly misused, misapplied and abused by the authorities. He said that the authorities are not following the judgment in Kedar Nath which states that Section 124A (sedition) is only applicable where there is violence or incitement to violence in the alleged act of sedition.

He had submitted before the court that the charges against the five people arrested are framed with a view to instil fear and to scuttle dissent and this is in complete violation of the scope of sedition law as laid down by constitution bench judgment of Supreme Court in Kedar Nath .

The government better have evidence

The case has gained such prominence that the Government of India better have some concrete evidence against these citizens of India who are respected academicians and lawyers. If the Modi government is unable to come up with something concrete, it will become a laughing stock once again.