Breakdown of centre-state relations is what Delhi has become 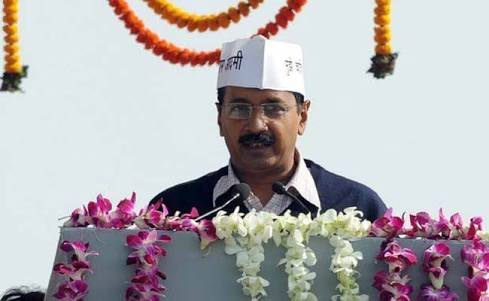 The issue of full statehood to Delhi remained unresolved for many years. In fact, Chief Minister Arvind Kejriwal on Monday criticised both the opposition parties, BJP and Congress for not fulfilling their promises. He alleged that both the parties used the issue of statehood only to win elections.

According to The Economic Times, The Delhi Vidhan Sabha has accepted the resolution on full statehood for the city, according to reports. "I want to tell BJP that if before 2019 Elections, Delhi is granted statehood. We'll make sure that each and every vote from Delhi goes in your favour, we'll campaign for you. If you don't do so Delhi residents will put up boards saying 'BJP leave Delhi'," Delhi CM Arvind Kejriwal was quoted as saying in the Assembly.

Kejriwal quoted a question on this issue, According to THE TIMES OF INDIA reports, I want to ask Prime Minister Narendra Modi, what happened to the promise of full statehood that you made before the assembly elections?" Kejriwal asked.

Kejriwal, who joined the three-day discussions only on Monday, also attacked lieutenant governor Anil Baijal and his predecessor Najeeb Jung. Calling them "agents" of the central government, the CM jibed, "Delhi has been ruled by Akbar, Aurangzeb, Bahadur Shah Zafar and the British. Since 2013-2016, it has been ruled by maharaj Najeeb Jung and maharaj Anil Baijal. We were elected by the people but the power lies in the hand of the LG appointed by the Centre."

Attacking Baijal, Kejriwal charged him with creating hurdles for the installation of the CCTV cameras across the city. The LG had similarly negated the "3-4 proposals the government had brought to develop colleges" and the scheme to regularise unauthorised colonies. "Every step for development that we take is always opposed by the LG," alleged Kejriwal. "The bigger question here is, who rules Delhi? LG or the people? It's time for people to fight their own battle. It's time Delhi got the status of full state."

The legislative Assembly accepted the resolution on full statehood to Delhi a day after Delhi CM Arvind Kejriwal announced on Sunday that he will start a campaign from 17 June across the city to seek statehood for Delhi.