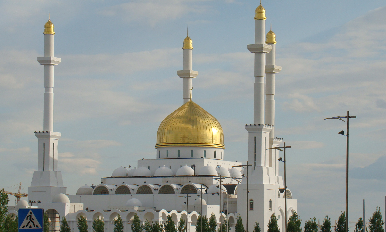 Of the seven mosques facing closure, one has links with Turkish nationalists and the others are run by Arab Religious Community. Pic for representational purpose only.

Last week, Austrian chancellor Sebastian Kurz announced that during a crackdown on radical Islam, his government would close down seven mosques, and subsequently foreign-funded imams will be departed from the country.

Out of the seven mosques facing closure, one has links with Turkish nationalists and the others are run by Arab Religious Community.

"This is just the beginning," Vice Chancellor Heinz-Christian Strache said at a news conference. The far-right government has invoked a 2015 law that bars any religious community from receiving foreign funds. The move may in reality force almost 60 imams to leave Austria.

The country has a Muslim population of 600,000 Muslims out of a total 9 million, many being from Turkish.

Turkish government spokesman Ibrahim Kalin took to Twitter to claim the move to be "ideologically charged practices"... "in violation of universal legal principles, social integration policies, minority rights and the ethics of coexistence."

He also said that it was "a reflection of the Islamophobic, racist and discriminatory wave in this country".

Kurz's government went on record to justify the policy as a way to protect Austria from religious extremism. "Political Islam's parallel societies and radicalizing tendencies have no place in our country," Kurz said.