Tanvi and Anas went to passport office for renewal of their passport and were humiliated for their interfaith marriage. 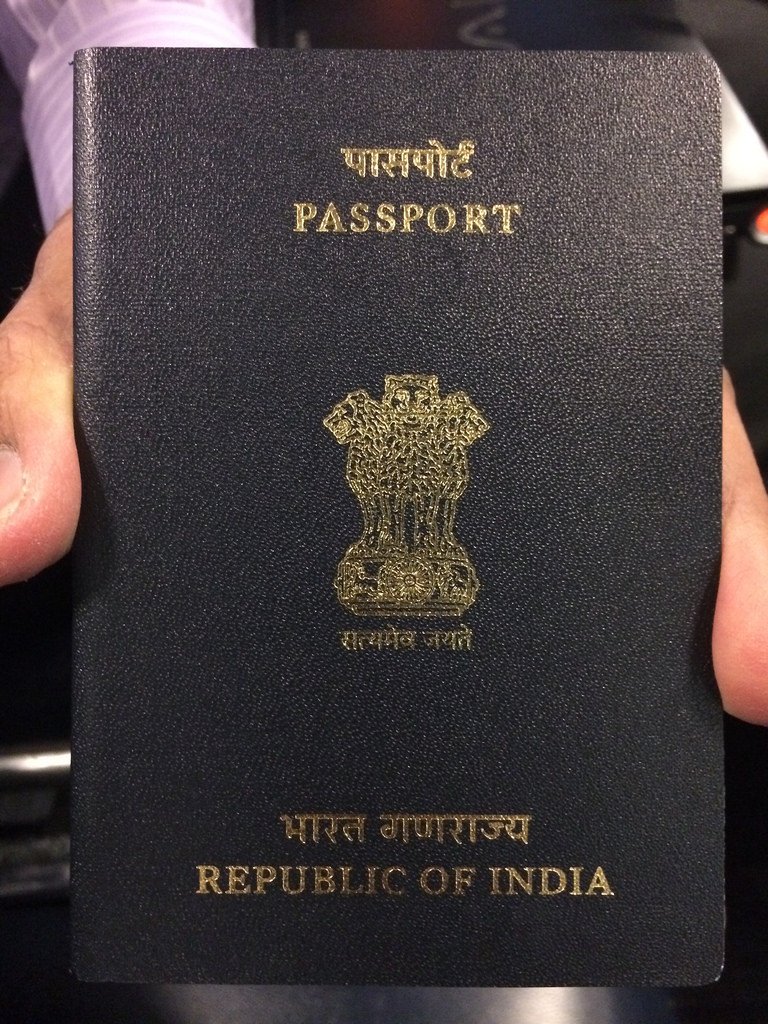 An interfaith couple named Mohammad Anas Siddiqui and his wife Tanvi Seth were allegedly humiliated and harassed by an officer named Vikas Mishra in Passport office in Lucknow when the couple went for their passport renewal.

The couple alleged that the officer shouted and insulted Tanvi as she married a Muslim and still retained her maiden name. He instructed Tanvi to change her name and also asked Anas to convert his religion to Hinduism. She tweeted that she never felt so insulted in twelve years of her marriage. 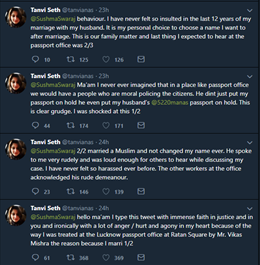 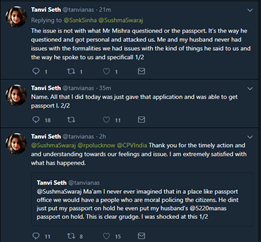 According to the Indian Express reports, "Tanvi and I had applied for our passports on June 19 and got appointments on Wednesday at the Passport Seva Kendra in Lucknow. We cleared the first two stages and our files were then sent to counter C, which is the last stage, to complete formalities," said Anas.

"Tanvi was called first to counter C where an officer named Vikas Mishra looked at her documents. When he saw my name under the spouse category on the documents, he asked Tanvi to change her name or her application would be rejected. When Tanvi refused to do the same, Mishra started shouting at her in front of everyone. When Tanvi broke down, Mishra asked her to go and meet the assistant passport officer (APO)," he added.

Anas further said, "Mishra then called me and started humiliating me. He asked me to convert to Hinduism else my marriage won't be accepted. Mishra told me that I would have to marry as per Hindu rituals and take 'pheras' and send my file to the APO as well. We met the APO and complained to him. He told us Mishra often misbehaved with people like this and asked us to come tomorrow, assuring us that he would try to solve the problem," said Anas.

Regional Passport officer, Lucknow, Piyush Verma said, "I came to know about the matter through social media and collected information from the APO, who is holding charge of the Passport Seva Kendra. The couple's applications have not been rejected, they are still under consideration. I will go through the documents and look into the allegation made by the couple."

Mishra, however, defended himself saying he merely asked Tanvi to write her name as mentioned on her nikahnama. "Asked Tanvi Seth to get the name'Shadia Anas' endorsed as it was mentioned on her Nikahnama, but she refused. We have to go through checks to ensure no person is changing their name to obtain a passport," he told news agency ANI.

After this case came into limelight, the officer now has been transferred.

According to TIMESNOWNEWS.COM reports, addressing the media today, Regional Passport Officer, Lucknow, said that the couple's passports have been issued.

"A show cause notice has been issued to the official who was at fault, action will also be taken. We regret the incident and will ensure it is not repeated," added the officer.

After getting the passport, Anas said he was told to change his religion and take 'pheras'. Whereas his wife said the couple hoped no one else faces the similar incident.