Approximately 3000 pilgrims left for the base camps of Nunwan-Pahalgam. 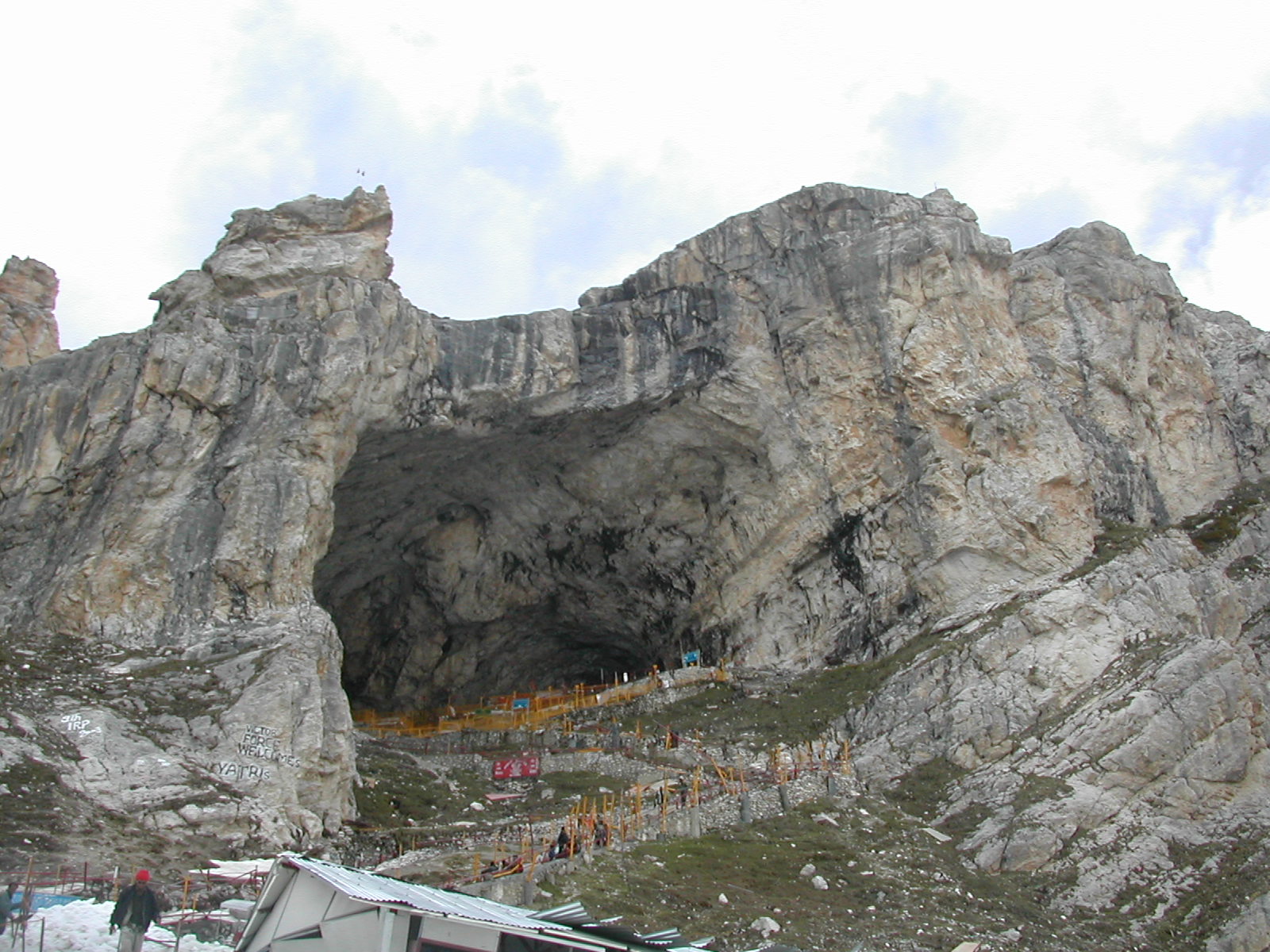 The advisor to the Governor K. Vijay Kumar and chief secretary B.B. Vyas flagged off the fleet. The pilgrims were carried in 107 vehicles and four motorcycles from the heavily-guarded Bhagwati base camp in the City of Temples.

All necessary arrangements have been made for the pilgrims. Heavy security has been deployed for a peaceful yatra, authorities said.

A total of 2,995 pilgrims — 2,334 men, 520 women, 21 children besides 120 sadhus — left for the base camps of Nunwan-Pahalgam in Anantnag and Baltal in Ganderbal districts, officials said.

The pilgrims will be commencing the 3,880 metre walk to the holy cave shrine from the twin base camp on Thursday.

The pilgrimage will conclude in August, coinciding with the festival of 'Raksha bandhan'.

According to official figures, over two lakh pilgrims have so far registered for the yatra. A total of 2.60 lakh pilgrims offered prayers at the shrine last year.

Amidst the tensions going on in Kashmir due to the recurring terrorist activities, an audio, alleged to be of Riyaz Naikoo, the commander of the Hizbul Mujahideen terror group, was released assuring that Amarnath pilgrims have nothing to fear as long as they visit Kashmir only to fulfil their religious duties.

"Our fight is only against India's occupation of Jammu and Kashmir. We have nothing against the people of India or Amarnath pilgrims who come here for religious reasons. However, they should not connect the pilgrimage to the political issue of Kashmir," the audio said.

Although it is not confirmed whether it is Naikoo or not, the 15-minute clip, which circulated on WhatsApp, carried Naikoo's picture.