A tale of two economies: Trump bails out Chinese company ZTE with eyes on mid-term polls

A major Chinese company, backed by its government, ceases work without US-built tech. China's proposed tariff on farm goods from Trump states can be a major hurdle during midterm polls in November for the Republican Party. A compromise on the cards for the benefit of both? 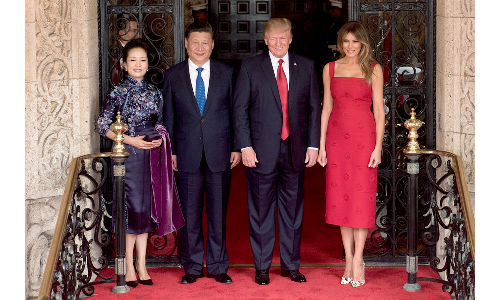 It is interesting to see how the economies of the United States and the China is intricately linked, and can cause financial strain on a global scale, as evidenced by the work-stop order at Chinese telecommunication giant ZTE after US refused to sell its technology. Recently, Trump has faced much criticism from the media for making a u-turn on the sanctions, claiming to restore jobs for Chinese workers.

There's an impending trade face-off that both side are trying to defuse, ahead of a major high-level trade talks this week in Washington.

The current US President Donald Trump had blamed China for 'raping' his country, although the President portrays a friendly understanding with his Chinese counter-part, President Xi Jinping. However, President Xi has refused to pull his punches when he declared that China was mulling tariffs on US farm products, which are imported from mostly Trump-backing states.

China is believed to have listed the ZTE case a major negotiating point for him to consider lifting tariffs on certain US agricultural products, such as ginseng, that went into effect in April, the Wall Street Journal had reported.

China's planned tariffs on products like pork and ginseng came after the US's planned tariffs on Chinese steel and aluminum. If China had gone ahead with its plan, the fall in imports would have hurt the rural states, creating a major problem for Trump and the Democrats before the November mid-term polls. Moreover, news agencies are also citing a successful Trump business deal in Malaysia with China-backed investments which had just come through.

Mr Trump on Monday tweeted: "ZTE, the large Chinese phone company, buys a big percentage of individual parts from U.S. companies. This is also reflective of the larger trade deal we are negotiating with China and my personal relationship with President Xi".

This tweet follows a series before where he confirms trying to bail out ZTE from the crippling sanctions, which took the media by storm for obvious reasons. President Trump, a defender of American jobs, is known for his anti-Chinese speeches blaming the country for taking away US jobs and its technology, threatening the country with tariffs and in a 2016 campaign speech vowed to not let China to continue to "rape our country."

The ZTE would buy technology which it used in its phones from the US, but had wrongly claimed that it did not do business otherwise. The US sanctions against the company came after it was found to have sold that very tech to Iran and North Korea, sounding off a national security threat since the tech can also be used to spy. The company also failed to follow through on its promises to correct its course of action and punish those responsible for the sale, and instead gave them bonus. The Commerce Department banned sales of US parts to the firm, alleging the company lied in its response to the initial discovery.

This would lead to ZTE effectively downing its shutters, which it said in a statement earlier this month that "the major operating activities of the company have ceased." Trump tweeted about possible relief four days later.

"President Xi of China, and I, are working together to give massive Chinese phone company, ZTE, a way to get back into business, fast," Trump tweeted Sunday. "Too many jobs in China lost."

Trump seems to be pandering to the Chinese for not only personal business gains but also to secure a trouble-free ticket of approval from his core voters in November.