Report News
Home > World > A civil servant, a student and a migrant talk about their expectations from the new Pakistan government

A civil servant, a student and a migrant talk about their expectations from the new Pakistan government

Amid violence and deaths, the people of Pakistan are looking up to the elections for a better future 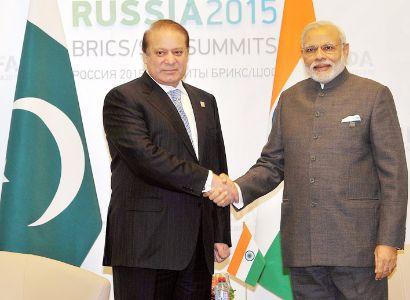 Millions of people are out there to seal the fates of Imran Khan, Nawaz Sharif and Zulfikar Bhutto in Pakistan amid reports of violence and deaths.

It's a rare occasion in Pakistan's political history. In fact this is only the second time that the country will witness a civilian transition of power without military interference, though Nawaz Sharif's party has already accused them (military) of rigging the election in Imran Khan's favour.

Millions of people including thousands of first timers have casted their votes remaining unfazed by the violence that has claimed dozen lives. So far the election has seen everything that a typical election in Pakistan would look like, therefore the question is about the future.

Many believe that Imran Khan is the man who could change Pakistan's fate and face. I've talked to three people from different spectrums of society and asked about their expectations from the new government.

Akram Bhutto is a civil servant in Pakistan working for the Ministry of Information and Broadcasting. His wife, too, is well educated and posted as Deputy Commissioner. Military intervention has been at the heart of politics and governance in Pakistan hence a claim of their 'limited role' in the election could be incredulous for many.

"Military is here to control the situation, to maintain law and order..obviously people have to vote and they need security. There are more than 100 television channels covering the election apart from people with their own camera phones..no one can dare", said Akram.

"People are voting for a better life and future this time and rhetoric have been rejected...In Zardari's hometown they had to campaign in full force..earlier they would be relaxed", he added.

Pakistan is saddled by corruption with dilapidated industries and stalled economic growth which concerns many youths. Chand is studying in London. He has been a teacher in Pakistan and hopes to serve his country after completing degree his degree in London. Chand hopes that "the new government would believe in democracy and the will of people" without being influenced by "any other actors, be it domestic or global".

Insecurity and poor education has been one of the reasons forcing people to leave their country. Nearly two decades ago, Sayeeda Begum left Pakistan for good. Currently, she lives in east London where she works as a manager in a shop. "40-45% literacy rate..what would women do there? It's not that I enjoy living here…but I don't have any option", she said.