As part of the bilateral agreement between India and Pakistan, both the countries have exchanged lists of civilian prisoners and fishermen lodged in each other's jails. 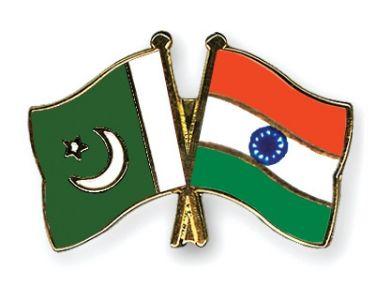 As part of the bilateral agreement between India and Pakistan, both the countries have exchanged lists of civilian prisoners and fishermen lodged in each other's jails.

According to the list a total of 249 civilians and 108 fishermen are present in Indian jails.

The Ministry of External Affairs, headed by Swaraj revealed that a total of 471 individuals which includes 53 civilians and 418 fishermen, who claim to be Indian, are in the Pakistani jail.

The MEA said that Pakistan has been asked to fasten the release of the prisoners who have completed their term and whose nationality has been confirmed. This list includes nine civilian prisoners and 229 Indian fishermen. However, the names of the prisoners haven't been declared.

They also said that India has communicated the need for the release and return of the missing Indian defence personnel and fishermen with their boats along with the civilians, at the earliest reported NDTV.

The bilateral agreement was signed in may, 2008. According to it, the prisoners have to be exchanged twice, every year on January 1 and July 1.

Kulbhushan Jadhav and Hamid Nehal Ansari are also among the Indian Nationals who are currently inside the Pakistani jail.

Jadhav's case had gathered headlines as the Pakistani military court had decided to subject him to a death penalty on the charges of being an Indian spy. India challenged the decision in the International Court of Justice, restraining Pakistan from carrying out the sentence in May 2017. he had been arrested in 2012.

However, Hamid Ansari had tried to enter Pakistan illegally from Afghanistan in 2012. He had gone there to meet a woman he had befriended online, but ended up being arrested by Pakistani authorities.

To address the humanitarian issues, India has also shared the details of the Joint Judicial Committee. A list of the Indian medical experts team has also been given so that they can meet mentally-unsound prisoners trapped in Pakistan, said the MEA.

They also said that an appeal for a visit of a group of fishermen representatives has also been made to Pakistan so that they can help in identifying the Indian fishing boats and get them back.