A special court in Allahabad convicted 4 masterminds who were behind the 2005 Ram Janmabhoomi attack and left 1 acquitted. 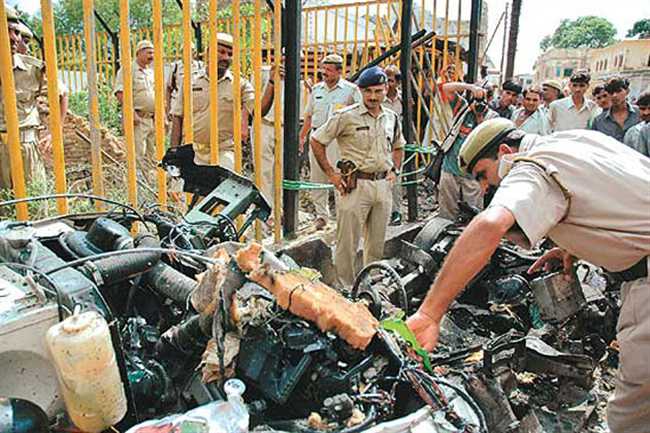 The attack on the makeshift Ram temple had left two local people dead and 7 CRPF personnel injured. The verdict came after 14 years of legal proceedings.

The five men on trial were one Dr Irfan from Saharanpur, Uttar Pradesh along with four residents of Poonch in Jammu and Kashmir: Ashiq Iqbal alias Farooque, Shakeel Ahmed, Mohammad Naseem and Mohammad Aziz.

The accused have been lodged inside Naini Jail, and that is where the trial took place. According to the District Government Counsel for Allahabad, Gulab Chand Agrihari, 63 prosecution witnesses were examined by the prosecution.

The key witness for the prosecution was Rehan Alam Ansari, who had been hired as a driver by the six terrorists. He was not aware of the plot to attack the site and was able to describe the series of events that took place to the police in detail.

Aziz, the fifth accused, was acquitted as his role in the attack couldn't be established. The court ordered his release from Naini Jail.

Before beginning the attack, the terrorists visited the makeshift Ram temple in that area and offered prayers. The shootout continued for 2 hours in the morning before it finally stopped. Later all the five terrorists bodies were found scattered in different places.

The attackers were originally suspected to belong to the LeT, but were later alleged to be Jaish-e-Mohammad (JeM) operatives.

According to the police, the attack was in revenge for the demolition of the Babri Masjid on December 6, 1992.