Report News
Home > Editorial > Voice of the People > Were we democratic enough this year?

Were we democratic enough this year?

Although democracy means different things to different people, it is important to know that globally 2018 has seen some major milestones with respect to a collective democratic population. 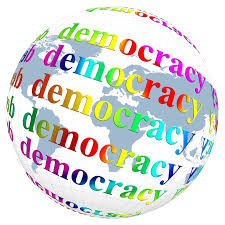 By Vidisha Arora and Anoushka Wanchoo

Whether it was honouring your female counterparts at work or the recognition of the right to live with dignity irrespective of your sexual preference, privacy has been upheld as every citizen's right and not just the prerogative of the majority. On addressing the issue of taxation to the fair sex; people uniting and standing tall in France for each other against the government; or lending an ear to the feeble voice of the weaker sex of a minority, we believe democracy has been exercised, if not in empowering the people but in self-realisation of their rights. We picked up the 5 causes that appealed most to our sense of democracy.

The #MeToo movement was initiated in 2006 by a social activist, Tarana Burke, against the sexual abuse and harassment in America and it gained momentum in India in 2018. However, the recent outburst of #MeToo movement on social media was a step ahead as back home Bollywood actresses played a major role in bringing the campaign to the centre stage. Even though we are ready to bid 2018 a final goodbye, this cry is unyielding.

'The point of the work we've done over the last decade with the 'me too movement' is to let women know that they are not alone – it's a movement. It's beyond a hashtag. It's the start of a larger conversation and a movement for radical community healing. Join us.' #MeToo – Tarana Burke, founder of the #MeToo movement, in Twitter post on October 15. The essence of liberty
In a historic judgment, the top court struck down the archaic 158-year-old Section 377 under the Indian Penal Code (IPC), which criminalised gay sex, as "manifestly arbitrary". Section 377 has played a transitional role in our lives, the right to live with dignity has been recognized. Constitutional morality has overruled societal morality which is forever ridden with an outmoded mindset.

"Respect for the individual choice, is the essence of liberty; LGBT community possess equal rights under the constitution." – CJI Dipak Misra Choose Blue over Pink until the Pink Tax ends

There's a term now for gender price differential - 'pink tax'. It is the implicit tax women pay to buy products or experience services similar to what men buy, but which are priced higher purely because it is marketed for women. Isn't this a western thing? Does it really happen in India? You'd be surprised, as it certainly does. It is shocking to know that women on one hand are paid far less than men even though their work is comparable to men or sometimes beyond comparison but they pay a higher charge for services or products as basic as a sanitary napkin. This consumer discrimination found representation and a voice in 2018.

As Danielle Kurtzlebenz puts it, "Think about it this way: you're paying extra to play a made-up role that society pays you less for inhabiting." The "Yellow Vests" protests are spreading across France, but the news coverage is paper thin about what is happening. The protests began on November 17, when thousands of people across France turned out to protest against fuel taxes that Macron imposed as part of a plan to reduce energy consumption and tackle climate change. Although the government of France relented by cutting taxes on fuel in lieu of the ongoing protests in France, the 'Yellow Vests' are unsatisfied with the measure and continue to protest. In India, we continue to dig deeper holes into our pockets but we aren't clamouring yet. Stoical, are we or we need to demystify the term 'democracy'. End of an era of subjugation
"Bill is about humanity and Justice, don't weigh it on scales of politics"– R S Prasad.

Thursday, December 27, 2018, told an incredible year ender by passing the historic Triple Talaq bill that penalises the archaic practice of triple talaq after a 5-hour-long heated discussion in the Lok Sabha. The bill was passed by the lower house of the parliament with 245 members voting in favour and 11 members opposing it.

Finally, the Muslim Women (Protection of Rights on Marriage) Bill 2018 will supersede the previous bill passed on December 28, 2017 and will go to the Rajya Sabha for approval.

So, hallelujah it was for a certain section of society. India was party to and spearheaded a few humanitarian causes but there's a long road to a more progressive, just front and the question is if are headed towards a truly democratic society. #2019 presents new opportunities, are we raring to go?