A thick black smoke engulfed Delhi's Malviya Nagar for two days due to the fire break out in a rubber godown.

An immense fire broke out in Delhi's Malviya Nagar Rubber godown from Tuesday evening when a truck loaded with inflammable rubber compounds caught fire spreading to nearby areas.

According to Indian Express, the fire from the truck spread to the godown located in Khirki Extension in Malviya Nagar used to store rubber raw material for rethreading of vehicle tires. A case has been registered under sections 258 and 335 of the Indian Penal Code at Malviya Nagar police station.

Around ninety fire tenders rushed to the spot to douse the fire. The fire blazed to a level that it became extremely difficult for the fire tenders to control it. Choppers were also sent to the spot to extinguish the fire. The Indian Air Force issued a statement saying that MI 17 helicopter has been pressed into the operation to bring the flames under control (The Financial Express).

This case has been considered as the national capital's biggest fire in the last two decades.

According to local residents of Malviya Nagar, children and elderly people are developing breathing problems due to the poisonous air. People preferred to leave their homes and stayed at their relative's place for a couple of days. Adjacent shops were shut and police sealed the whole area and marked it as restricted in order to ensure the safety of the people.

According to NDTV reports, the lanes in Malviya Nagar were so narrow and congested that it was very tough for fire engines to reach the spot. This is the case with most of the National Capital Region. A couple of years back, in a fire in Sector 15A noida, the firefighters couldn't reach the spot where fire had broken out as there were cars parked on both the sides of the road. The fire engine couldn't reach the spot for hours. And a significant damage was done to the building.

The lanes of old Delhi speak a different picture. In 2013, a fire broke out in North Delhi's Sadar Bazar which is highly congested, filled with crowd and many shopping sites. Thirty fire engines were rushed to Matke Wali Gali to douse the fire. Electrical short circuit was suspected to be the reason behind the incident.

According to Millennium Post, 'The major problem that our officials faced was congestion and narrow lanes. We are well equipped but our engines were not be able to enter easily,' said an official. The fire blazed for hours due to delayed reach of the fire tenders that resulted in the demolish of lakh worth of property. 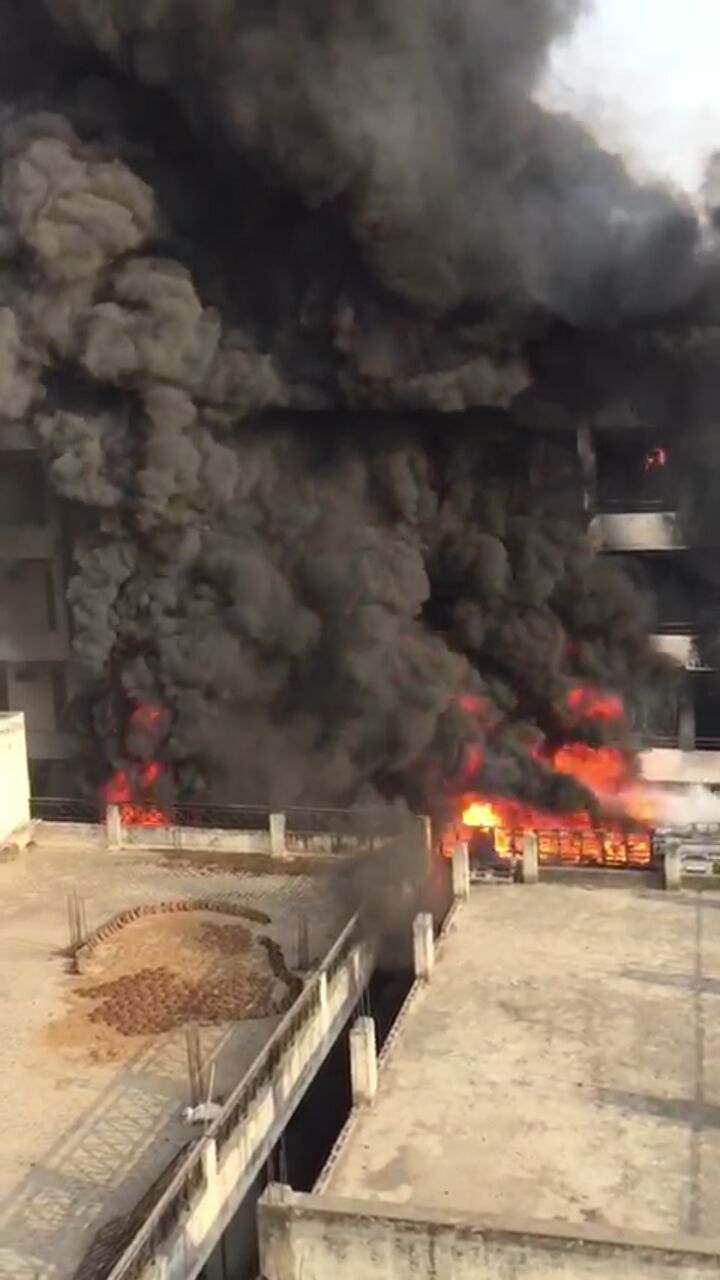 The rubber godown in Malviya Nagar was illegal. It is a highly inflammable product working in residential complex. Local AAP MLA Saurabh Bhardwaj has said that there are many such illegal godowns and illegal factories where many disasters are waiting to happen. In September 2017, according to Business Standard reports, eight people died and 25 others got injured after a major fire broke out at an illegal firecracker factory in Jharkhand's Kumardubi. Similarly, in the same year, a huge fire broke out at an illegal firecracker factory located in Shikohabad area. There is complete non compliance of any safety measures in these structures.

There is a need for implementing laws surrounding illegal constructions, else this incident is just one of the many to come in future.