Report News
Home > The world this morning > The World This Morning: November 30, 2020

Bringing you the world first. 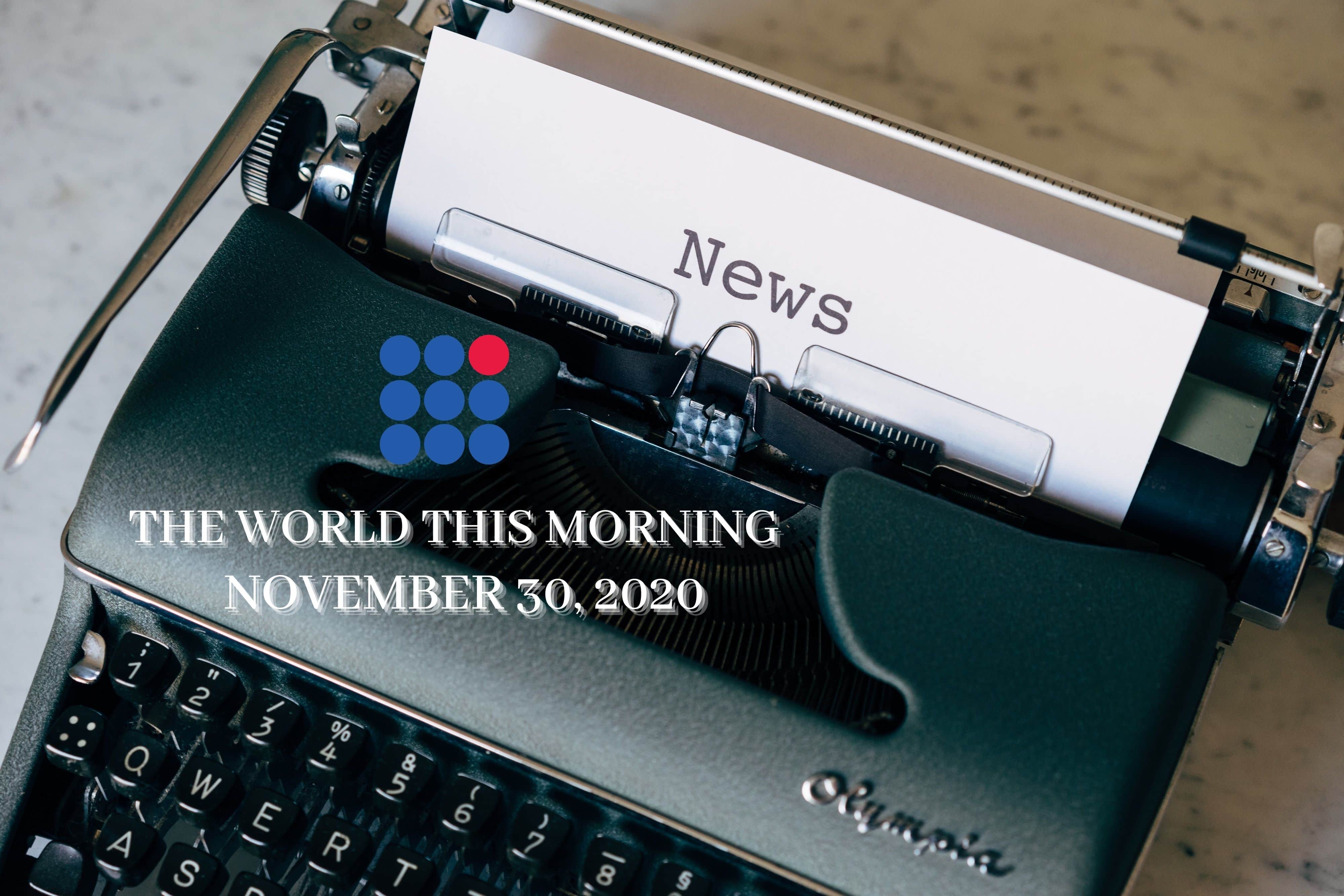 After holding a meeting of 30 farmer groups, the agitating farmers who have been staying put at the Delhi borders for 4 days now said that they will continue to protest against the new farm laws on reaching the Burari grounds. The farmers refuse to accept any conditional dialogue and plan to block all five entry points to Delhi.

The Delhi Chief Minister Arvind Kejriwal said that the Centre should hold talks with the farmers immediately, unconditionally.

A Large number of people came out to cast their votes in the first phase of the District Development council in Jammu and Kashmir. Union Minister Jitendra Singh has said that the DDC election will ensure autonomy for the grassroot representatives and the voters have rejected the concept of autonomy for ruling families. He also said that every region has been given its due under the leadership of Prime Minister Narendra Modi, depending on its requirement and there has been a conscious attempt to undo the injustice of the past.

The United Kingdom and France have signed a new agreement to try to stop the undocumented movement of people across the Channel, upping patrols and technology to close off dangerous route refugees and migrants use in hopes of reaching the UK on small boats.

At least 100,000 new cases were added to the total number of coronavirus cases in the United States on Saturday marking the 26th consecutive day the country has topped that benchmark. So far today the US has reported 114,397 new cases and 862 deaths.

Canada has banned the export of some prescription medicines in order to prevent a shortage in the country. The decision is in response to a US plan that would allow for drugs to be imported from Canada to make them cheaper for Americans. A statement from Canada's health ministry said the country sources 68% of its drugs from overseas and therefore it was important to avoid any disruptions to supplies.

On Sunday Indonesia's Mount Ili Lewotolok erupted, belching a column of smoke and ash 4km into the sky. This incident alarmed the flights leading to the closure of the local airport. Although there were no reports of injuries & damages due to the volcano eruption, however, the senior authorities raised the volcano's alert status to its second-highest level. The residents nearby were warned of possible lava flows. A 2.5-miles long exclusion zone has been created around the crater. Sources tell that people are advised to not carry out any activities within a 4km radius from the crater.

Hospitals in Indonesia are running out of space for Covid-19 Patients. The hospital administration urged the government to expand isolation facilities and increase the no. of wards for the patients. Two-third of the 98 referred hospitals reported that the capacity of their isolation ward has exceeded 70%-80%. 15 out of these have been fully occupied. The COVID-19 task force announced that an increasing number of COVID-19 hospitals were running out of beds, with almost every region in the country reporting that bed capacity in isolation wards or intensive care units (ICU) was full.

The Argentinian football legend died of a heart attack four days ago. Police in Buenos Aires is investigating Dr. Luque for mishandling Maradona's treatment post-surgery. His house and clinic were raided by the Police on Sunday morning. However, the doctor denies all allegations, saying he did all he could to save the life of a friend.

Brazil has reported 6.31 million covid cases to date. The number of covid deaths in the country is one of the highest in Latin America. Jair Bolsonaro refused the purchase of 46 million doses of the potential Chinese vaccine. "The Brazilian people will not be anyone's guinea pig," he said on social media.