The daylight exploitation of parents in the name of education

Recently, a school in South Delhi started charging parents an exorbitant fees for the education of their children 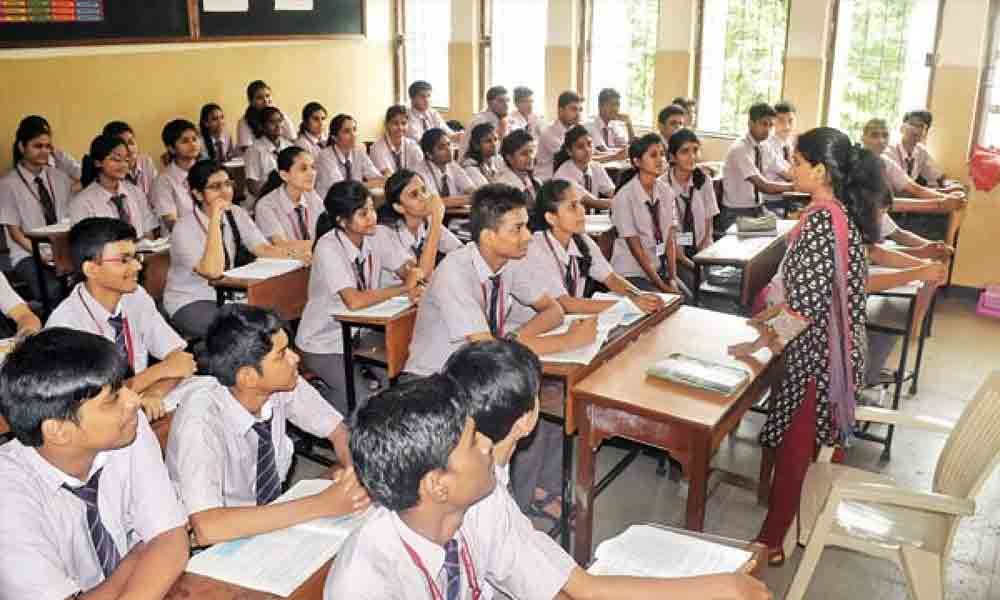 Have you ever wondered as a parent how much you have to shell out when it comes to schooling of children in the Capital city of Delhi?

You will be astonished to know that parents are shelling an average of 2 Lakhs Per Annum for a school in Delhi which has an AIR 13 as per education world website. But is the price worth it and moreover the question is that are the schools allowed to do so. So before the question arises of the worthiness, let's understand how a school functions. A school generally has three major heads i.e. Tuition Fees, Development Fees and Annual Charges which are meant for paying the teachers salary including their gratuity and leave encashment, developing the infrastructure for the existing students and maintaining a corpus for operational expenses like electricity, water, support staff salary, etc. For this the schools have to maintain different accounts and the income-expenses statement needs to be submitted regularly for audit purpose. But often schools are found to have financial irregularities not because of ignorance but out of greed. The expenses are inflated so that the deficit in funds can be shown and necessary approvals from the Government can be sought. At the receiving end are both parents and teachers whereas the management enjoys the fruit despite being given land and infrastructure on a subsidized rate. Infact the operational costs are subsidized to make sure that education can be provided to all. Parents just keep shelling out what schools ask for every year and teachers don't get paid handsomely. And even if they are paid in the book of accounts, they are supposed to return it in cash to the management else they live under the fear of losing their jobs.

And it is not only about the financial irregularities it is about how the system has been exploited over a decade to increase the fees by almost 250% and in some cases more than 300%. But the hunger is still not satisfied and there is always a sword over the heads of the parents that fees can be increased in the name of 7th Pay Commission, 2018-2019 Fees Hike and 2019-2020 Fees Hike. And this feat may be achieved with the nexus and hand in glove approach between the school and DoE further pressurizing parents to either get their wards out of the school or just paying the so called ransom money out of their nose.

Welcome to the dirty world of Private Schools. According to a recent news, exorbitant fees was being charged by a school in South West Delhi. When the parents started probing through RTI it was revealed that there were financial anomalies in their financial reporting wherein the Principal's salary has been reported to be 4.35 lakhs per month and so on. The case is still being invested by the DoE after much persuasion but both the parties School and DoE were in denial mode for a long time. The school is ranked as AIR 13 in the education sector.

So the story began when the school sent out a note to the parents in April 2019 to collect the arrears from parents for the year 2017-2018 and 2018-2019 stating that they have an approval from the Department of Education, Delhi. When asked to show the document, the school straight away denied stating that its a confidential paper and cannot be shown. Parents then approached the Deputy Director of Education of that region and he also said that he cannot show the approval given by DoE since it was sent by PSB (Private School Branch) directly to the school. But approaching the Deputy Director did some wonders and in the meantime the school shared a threatening letter to the parents though rolling back some portion of the fees. The parents then started filing RTI to get the details and also approached Dy. CM Manish Sisodiya as well as AAP MP Sanjay Singh. The complaint was filed via MP Sanjay Singh to the Dy CM Office. Later on, the DoE started disposing off the RTI Applications stating that either the documents got misplaced due to DMRC construction or the documents are voluminous in nature. Further, the first appeal was filed by Parents and in the response it was found out that the school had manipulated the interpretation in the document which said that the school can only increase tuition fees to an extent of 7.5% after utilizing its existing fund. Now as we said earlier, the school submitted a deficit by over rating the expenses such as a salary of 4.35 lakhs per month for the Principal who has a grade pay of 12,000 and so on. The fight is still on with another fresh application submitted to Dy. CM and the parents are demanding the Forensic Audit of the school to establish the salary and other expenses of the school which are definitely on the higher side. The forensic audit will establish that how much salary was transferred to the Principal's Account and other teachers.

Has the Principal and Teachers's filed the ITR (Income Tax Return) in accordance with the salary being shown to Department of Education (DoE)? As you will see in the RTI response there are financial anomalies by the school which has been highlighted by DoE but the conditional approval still given. This is again topped by sending threatening circulars and mails to the parents that they will take action. It pains us to see how the system has been exploited in the name of education.