Women's revolution to be televised

The first ever all women's wrestling event announced. 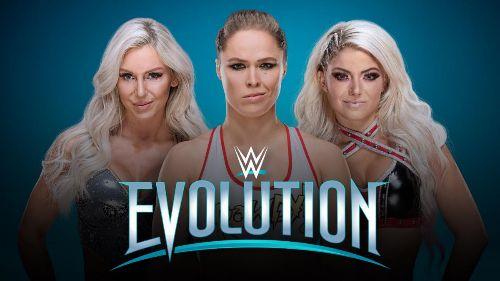 Raw commissioner and one of the principal owner of World Wrestling Entertainment (WWE), Stephanie Mcmahon made a historic announcement on July 23rd episode of Raw. She announced the first ever all women's event 'WWE EVOLUTION'. It is history in the making as it is the first all women's exclusive event in the history of sports entertainment. Mcmahon made the announcement alongside her father, Vince Mcmahon (WWE owner and chairman) and husband Triple H (WWE COO and former wrestler).

"Because of all of you, men and women using your voices for change, we are able to provide the platform to show the world that women can to anything and be anything they want to be. Because of all of you, we are able to stand here and make another first-ever announcement. On October 28, over 50 women, then, now, forever, will participate in an event called 'Evolution', and that event- I am privileged to announce - will be the first-ever all-women's pay-per-view, Mcmahon said on Raw.

The female superstars are overjoyed with this announcement and expressed their happiness through their social media handles.

'Evolution' will feature superstars from Raw, Smackdown Live, NXT, NXT UK and hall of famers. The finals of the Mae Young classic tournament 2018 will also be held there.

The road till now for the female wrestlers was not easy at all. Back in the day they used to be objectified for entertainment. Women wrestlers were barely given matches on the match card. They were used more like an eye candy. But the time has changed now. They have proved if given the time and opportunity, they can steal the show. It all started with a hashtag #givedivasachance. It trended worldwide for 3 days. Then at wrestlemania 32 in 2016 the word 'diva' was relinquished. Female wrestler w now known as women.

Women wrestlers started getting equal opportunities as men wrestlers. "It's a different mentality now. It's like, be proud of being able to push forward as opposed to quietly trying to crack open the boy's club door", says Lita, WWE hall of famer and legend.

Fans got to witness many first-ever matches in the last couple of years. First-ever women's matches that happened in the last two years

Sasha Banks VS Bayley in NXT was awarded the match of the year in 2016. In 2018 WWE signed it's biggest female superstar till date, former MMA fighter and UFC hall of famer, Ronda Rousey.

'Evolution' will take place on 28th October at 7pm ET from NYCB live, home of the Nassau Veterans Memorial Coliseum in New York. The event will be streamed live on the WWE network around the world.