Women's Asia Cup: Bangladesh takes the trophy, with a bit of Indian help 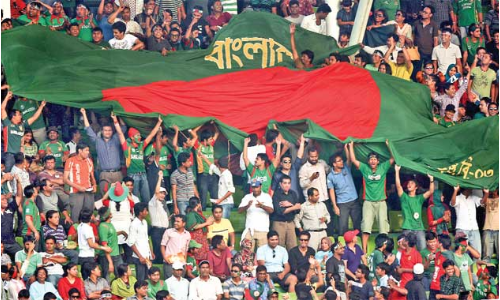 In a major breakthrough, for the first time ever Bangladesh clinched the women's Asia Cup, an achievement after extremely poor performances in previous challenges.

After a spirited comeback from a six-wicket defeat against Sri Lanka, Bangladesh beat India in the round-robin league stage and staged a three-wicket win in the final against six-time champions India to get their maiden Asia Cup title in Kuala Lumpur.

This victory comes within three weeks of Anju Jain taking over as coach of the Bangladesh women's cricket team - her first international stint after successfully coaching the women's team at 2012 World T20 and 2013 World Cup.

"This is a huge moment for the team and personally for me also. After the team returned from South Africa, I identified the areas that needed attention. It was a massive challenge, but I must compliment the girls as they made a genuine effort to implement every single thing that I pointed out," said Anju.

For the team, it was truly a spectacular performance, specially when seen the light of their previous games. Last month, during their South Africa tour, Bangladeshi women failed to win even a single match in the ODI and T20 series. Post this debacle, the Bangladesh board didn't renew the contract of coach David Capel, a former England allrounder.

"Joining Bangladesh was a fast-tracked move. The team was in bad shape and I was only looking to boost their morale," the former India wicketkeeper-opener who took charge on May 21 told TOI.