Report News
Home > Sports > The finisher is not finished

The finisher is not finished

Shastri denied all speculations of Dhoni's retirement after he was seen taking the match ball from the umpires. 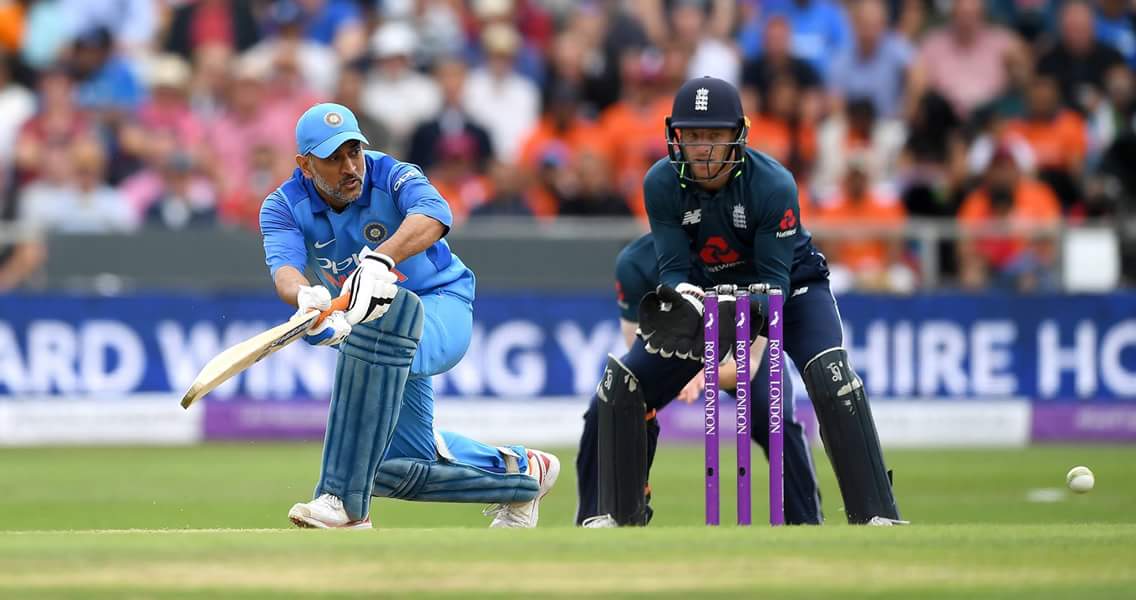 Indian cricket team's head coach Ravi Shastri has rubbished all rumours circulating on the internet around MS Dhoni's retirement. Shastri while speaking to Times of India said, "MS is not going anywhere."

The rumor mill started when Dhoni was seen taking the match ball from the umpires after losing the third ODI against England much like when he took the stumps in the India Vs Australia drawn test match in 2014. After that move in 2014, he announced his retirement from the longest format of the game.

Shastri added that Dhoni took the ball only to show it to the bowling coach Bharat Arun. He wanted to show Arun the wear and tear the bowl had endured to get a general idea of the conditions.

Fans around the world speculated that this will be the end for arguably the best finisher in cricket.

#ENGvIND #KyaHogaIssBaar#MSDhoniRETIREMENT
Is That The End Of Legacy ❗
MSD Taking Ball From Officials At The End Of Encounter 😪
Hints Of Something Big In Indian Cricket ⁉️@vikrantgupta73 @cricketaakash pic.twitter.com/5Al0vh5XkC

Dhoni didn't have a good outing in the ODI series and made average scores of 37 runs (59 balls) at Lord's and 42 runs (66 balls) at Leeds. He was heavily booed and his dismissal was applauded at the Lord's by Indian spectators. He was criticised for not being aggressive. The men in blue eventually lost the match by 86 runs. Former England bowler Matthew Hoggard expressed his disappointment through his twitter handle.

The present Indian skipper Virat kohli defended the former captain in a post match interview by saying,"The idea was to take the innings deep. We don't want to lose by 160 or 170 runs.You want to take it as deep as you can and he has got the experience, but some days it just doesn't come off. People just jump to conclusions, which we as a team don't. We totally believe in him and in the abilities of all other players."

"I feel Dhoni is the best captain India ever had. He has always batted down the order and still managed to score 10000+ runs at an average of 51. People who sit at home and boo him can never step into Dhoni's shoes who is playing for his country. Even at 37 he is the quickest and fittest of them all. He can match the fitness and speed of Hardik Pandya who is 22. Just imagine what would've happened if Dhoni hadn't promoted himself up the order in 2011 world cup final," says Rohail James, former cricketer Haryana and Chhattisgarh state team.

"Why are people not blaming the other players but only Dhoni? When a match is lost, the whole team loses. He's one of India's best batsman and is only having a bad series. Everyone has one," says Raman Sachdeva, cricketer in Delhi state team.

"I wouldn't judge him on the basis of one series. He had a terrific IPL with the bat. He is still the best wicketkeeper batsman option considering the 2019 world cup around the corner. He brings experience to the team. A man who brought so many laurels should not be booed. It's just disappointing," says Tanish Kaushal, cricketer in Delhi central district team.

Dhoni who was known as 'captain cool' during his captaincy reign has played 504 international matches till now (tests, ODIs and T20s) with an average of 38.09 in tests, 51.26 in ODIs and 37.17 in T20s. The 37 year old Jharkhand born wicketkeeper is probably the most successful captain in the history of the game.

India has won all ICC tournaments under Dhoni's captaincy namely the 50 over world cup in 2011, T20 world cup in 2007 and the champions trophy in 2013. Dhoni also became the 4th Indian and the 12th overall batsman to score 10000 runs in the history of the game. He also became the 2nd wicketkeeper batsman after the legendary Sri- Lankan Batsman Kumar Sangakkara to score 10000 runs. He became the fourth wicket-keeper and the first Indian to take 300 catches. Dhoni is one of the most polarizing and loved figures in indian cricket cricket. His services will surely help India win it's third world cup title.

As former India coach Gary Kirsten once said, " I would go to war with MS Dhoni by my side."