The curious case of Karun Nair

By his own admission, all he did in the England tour was to work with the fitness trainer Shankar Basu, who has been positively vocal about the lad’s fitness. 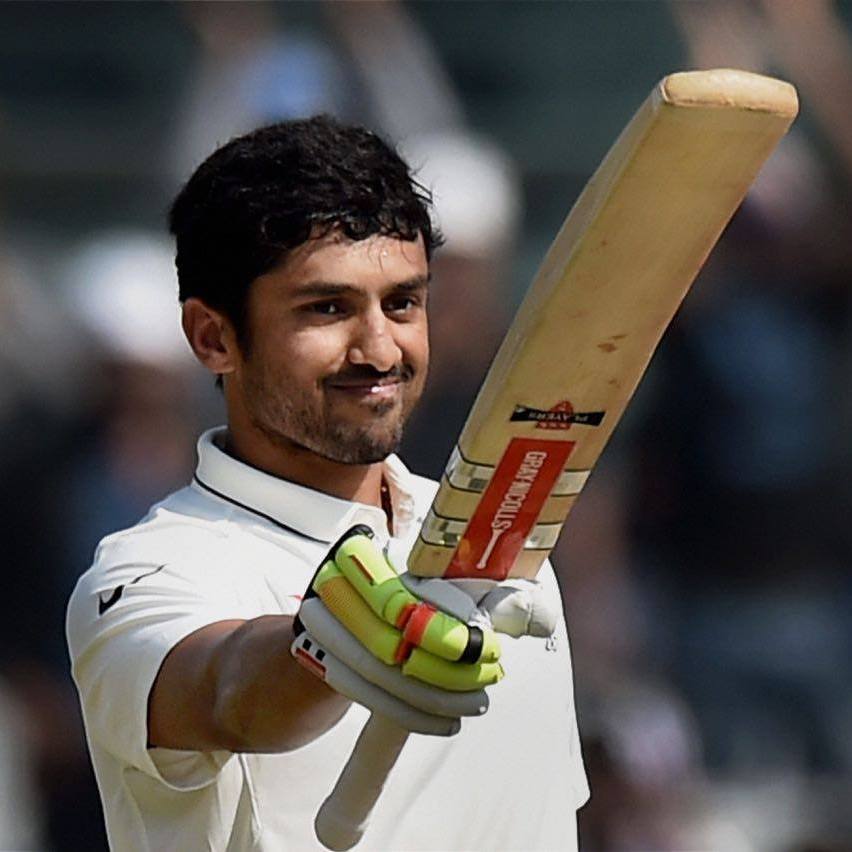 The name of Karun Nair well-known in the cricketing circuit. Of late, it is largely due to his inability to make it to the playing eleven. Named in the full squad for the five Test series against England that ended a couple of weeks back, he failed to get a game. Again, the recently announced Test squad against the West Indies doesn't find a mention of his name. A lot of people have been talking about his non selection. Even Ajinkya Rahane had to go through this, but a repeat episode is unfortunate.

The man in discussion has had a fledgling career. He converted his maiden hundred into a triple ton, an unbeaten 303 against England at Chennai in just the third Test. Post that, he played just four innings in three Tests, 26 being his highest score. It is fair to say that he has not got his share of chances after that magnificent performance. He has a triple hundred to boast. This can largely be attributed to the selection blunders at times. It gives an impression that the selectors want him, but the team management thinks otherwise. While he could have been a great choice in the squad to South Africa earlier this year, Rohit Sharma pipped him.

While he was at the benches for each of the five Tests against England, Hanuma Vihari was picked up and made to play ahead of him. This warrants a discussion on why the Karnataka batsman did not make the playing eleven. There were situations when a couple of new faces had to be introduced, but the selectors flew in Prithvi Shaw and Vihari, choosing to overlook Nair. Former India great Sunil Gavaskar did not restrain himself from conveying his feelings in support for the 26-year old, "I know he has not been your favorite player. You don't want to pick him."

By his own admission, the middle-order batsman has not had a conversation with anyone yet. He is yet to know the reason on why he sat out, what was expected of him or what is in store for him going further.

After this, one would have expected Nair to be a natural choice for the home series against West Indies. But, the selectors announced the squad, minus his name. This means if this is the way he is going to fall out of favor from the selectors, he would have to go back to the grind of domestic cricket and start from the scratch. Also, the scheduling of the domestic season doesn't allow him enough time to get back in the rut of first-class cricket and make some quick impressive performances.

He said that all he did in the England tour was to work with the fitness trainer Shankar Basu, who has been positively vocal about the lad's fitness.

The future looks a bit uncertain for Nair at the moment.